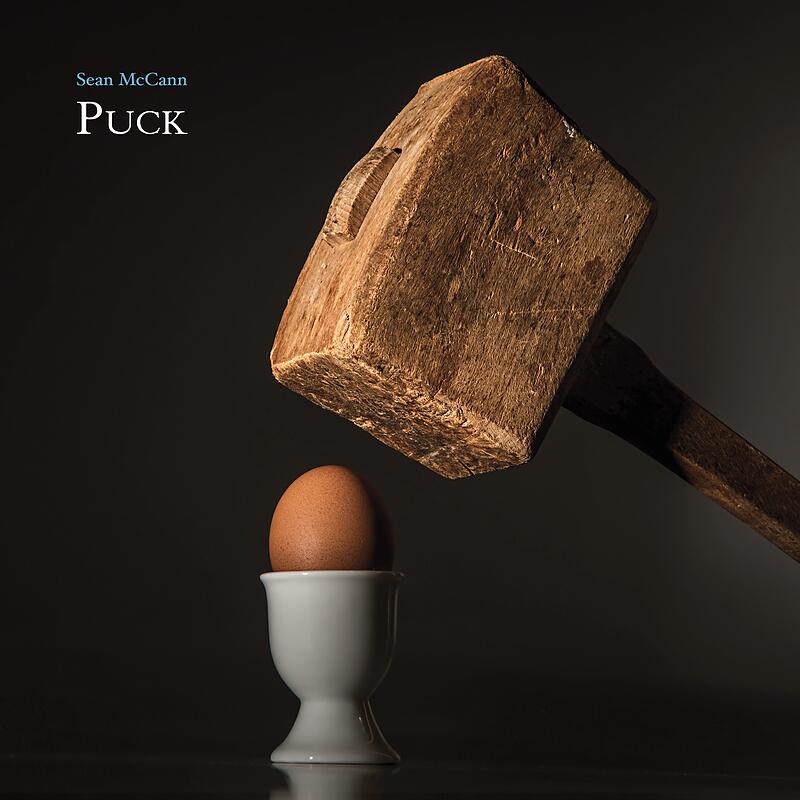 Puck is here. Music for Public Ensemble, Sean McCann's previous album, was released three years ago. And three years before that was Private Ensemble.

Puck is both public and private in nature. A smear of chamber works from Stockholm, Moscow, New York, and Kansas. Three aged personal recordings from 2008, 2009, and 2010 are also poured in the batter: a bedroom violin trio, ambient music, and a sad plucked guitar piece. A marbled blend of new chamber works and older, boisterous recordings from the late-2000s.

The first side is subtitled "Folded Portraits" – a three part suite: Nightfall, Broth, and Damals: German for "back then..." (or Remember When: the lowest form of conversation). The spine of it is an informal rehearsal session of Portraits of Friars (2018). Recorded at the fabled Fylkingen in Stockholm, the 10-person text and chamber piece grows and shrinks. False starts and stops and tests are outlined with the black ink of editing. Little moments become big moments. Nailed above that spine is Folded Rose (2018), a piece for piano and humming. A dainty march out of context, immersed in recordings of me gagging and yowling in my car.

Italian artist Lia Mazzari shared the titular spoken piece with me. "Puck", a duet for dialogue about eggs and jewelry, premiered at Café OTO in 2018. I recorded my text in a dark bathtub in Toronto on my 30th birthday last year. The text is a mold growing on top of a quintet I wrote called Vilon (2017), sweetly performed by the Russian Kymatic Ensemble. Jackson Graham, skilled American percussionist, is a rod bolted through the album. He commissioned a work by me called Violet Fat (2017), which is spliced across both sides, hammered and bent to fit in place.

A fusion of jubilation and gut clenching, Puck balances on the rooftop, tipping side to side in the fog.