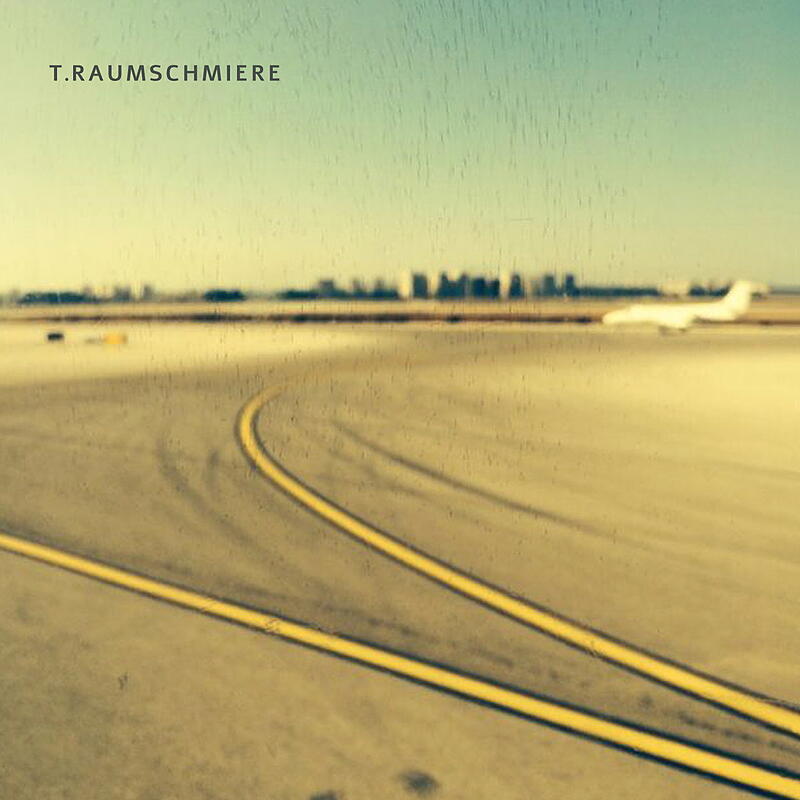 There is a purpose behind ambient music: it is utility music. Brian Eno made that clear once and for all with "Music for Airports" – the utilitarian nature of this music can already be found in the title. But way before that, in 1920, Erik Satie composed "Musique d"ameublement" – furniture music. Satie created true background music as a reaction against the misuse of classical music as a carpet of sound. The purpose of his furniture music was also to bridge the awkward gaps in conversation in social situations. In turn, Eno's airport music is meant to serve as background music while sounding interesting enough for listeners to become absorbed. If we go by Eno's definition, the music on T.RAUMSCHMIERE's new album is not ambient. Although – or in fact, because – each individual track on this album immediately and effortlessly generates atmospheres, it is impossible not to be drawn in. T.RAUMSCHMIERE sucks the listener into the perceptible endlessness of his pulsating sounds, even though the music does not actually expect anything from the listener. It is not demanding, it does not sound lofty or ethereal. It is in constant movement and evolution while sounding grounded at the same time. The tracks are not weightless; they have body.

A darkly beating pulse works like a machine through the surging pads of "Dampfer". Synths drone languidly on "Anker". T.RAUMSCHMIERE deftly manages to avoid succumbing to the kitsch that often arises from these kinds of sounds. "Grotznogg" has an inner stillness within the rustling and scattered clattering and clanging. "Zwischenstopp" provides the perfect soundtrack for a submarine ride, complete with depth sounder and an undercurrent of anxiety. The track "007" is a post-industrial masterpiece – warm, heavy, and latently threatening. And the list goes on.

Clearly a new meaning of the term ambient is needed to describe the music on this album more accurately. It is music that never sounds deliberate yet at the same time is so compelling, which might have something to do with the fact that SHITKATAPULT label founder Marco Haas aka T.RAUMSCHMIERE is the one behind it. As T.RAUMSCHMIERE, Haas produces a sound with influences ranging from bass music and punk rock to industrial; the names of his records speak best for themselves: Monstertruckdriver, Sick Like Me, I Tank U… everyone knows what the deal is here. It is only logical that his new album is just called "T.RAUMSCHMIERE". This record is certainly an excellent lubricant for dreams.

Haas is known for his take-no-prisoners approach to his live sets, which feature distorted beats, grueling basses, and steep descents. Now for the flipside, the negative image of the sound that made T.RAUMSCHMIERE famous, the sound that has allowed us to get closer to the understanding of this magic ambient music. The shadow of T.RAUMSCHMIERE does not come in with massive beats and basses, yet it is so imposing and so dark that it seems within our grasp.

In addition to his duties as label manager, musician, and DJ, Haas has also worked as a producer for other artists such as Dieter Meier, Fraktus, Barbara Morgenstern, Das Bierbeben, and Ofrin over the past few years. The new album by Shrubbn!!, his collaboration with Ulli Bomans, will also be released on Shitkatapult.