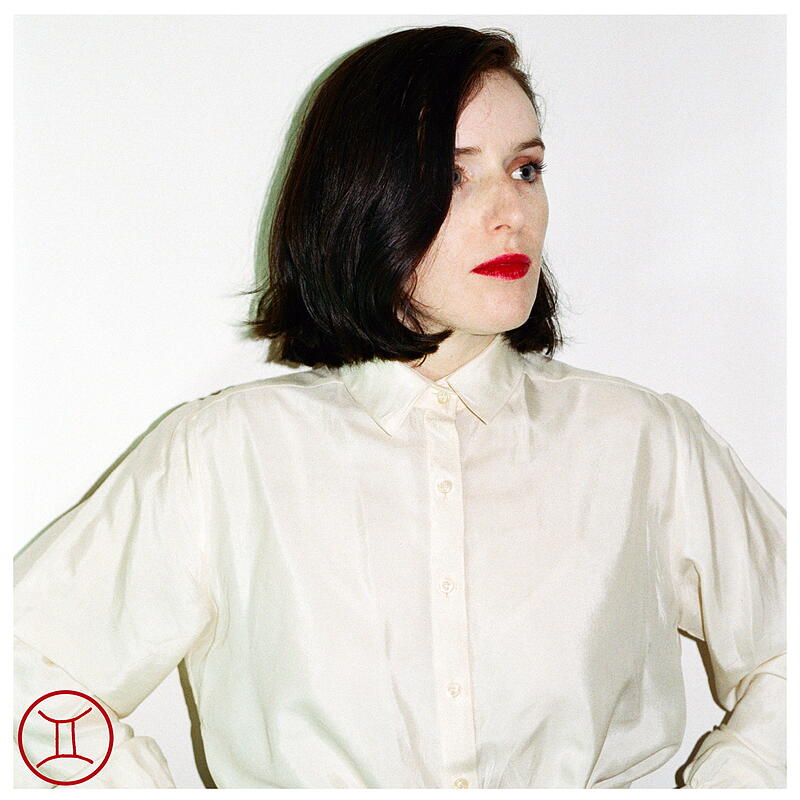 Patience began as bedroom synth project for songwriter Roxanne Clifford after the break up of her acclaimed indie pop band Veronica Falls. Born out of a desire to experiment with a new sound and analogue synthesizers, the project has since grown to become an all-encompassing persona and serves as the main vehicle for the full emotional spectrum always latent in Clifford’s songwriting. From her first long-sold-out 7” singles on Night School, her knack for melodic hooks and oblique emotional stances already contained a glistening sheen of promise. ‘Dizzy Spells’ serves as an intimate portrait of Clifford’s creative adventure, almost diaristic, conceived and recorded in her home studio, as well as with collaborators Todd Edwards (Daft Punk/Uk Garage fame), Lewis Cook (Free Love/Happy Meals) and engineer Misha Hering (Virginia Wing). Dizzy Spells delivers a debut album that twists Clifford’s songwriting into new shapes and ecstasies. The album dances around melancholy, thrown to the floor like a bad dream to be circled, emerging bright-eyed into the early morning full of hope. The Girls Are Chewing Gum (produced by Todd Edwards) bursts open Dizzy Spells like fresh fruit: sweet and rich with a synth-bass line beamed down from Chicago House heaven. Exquisitely sung by Clifford, it’s a wonderful, funky, instant-classic hinting at sexuality and memories dredged from our bodies’ secrets. The bouncy production expertly renders the addictive power of our ephemeral pleasures. Living Things Don’t Last chases themes of longing and loss, opening up into a life affirming chorus that sings of transience, the passing of time and railing against inertia. It’s the perfect example of a song formula that Roxanne Clifford has almost patented: simple and cutting straight to the point. There are shades of Strawberry Switchblade or French synth pop pioneer Jacno in the happy/sad dichotomy and it is all the better for it. Dizzy Spells features all three long-sold out singles, embedded in the full depth of Patience’s soundworld they fit like pieces of a puzzle. White Of An Eye, The Church and The Pressure—all recorded in Clifford’s former home of Glasgow—crackle with razor sharp melodies and dancefloor-ready dynamics. There are exciting additions to Patience’s sonic palette, brought into sharp relief on Voices In The Sand. In this song, a plaintive Clifford enunciates a heart-torn plea to the antagonist, a mournful cascade of synths and haunting vocals evocative of AC Marias, a sepia-toned ode to anxiety, “a storm is on the way”. On No Roses, a Vince Clarkesque production belies a sunburnt sadness. Clifford defiantly sings “you would go out tonight, but there’s nowhere you like,” describing a disenchantment with her adopted city of Los Angeles, she longs for home in a singular refrain “No roses… no roses for us.” An ode to English folk singer Shirley Collins, a surprising yet innate influence throughout Clifford’s work. On Moral Damage, former Veronica Falls bandmate Marion Herbain joins Clifford on an anglo-french duet that feels instant and spontaneous, a cutting comment on emotional accountability. More than a vehicle for Roxanne Clifford’s songwriting prowess, Patience is holding our hand through the night, dancing with tears in our eyes, dizzy and spellbound.