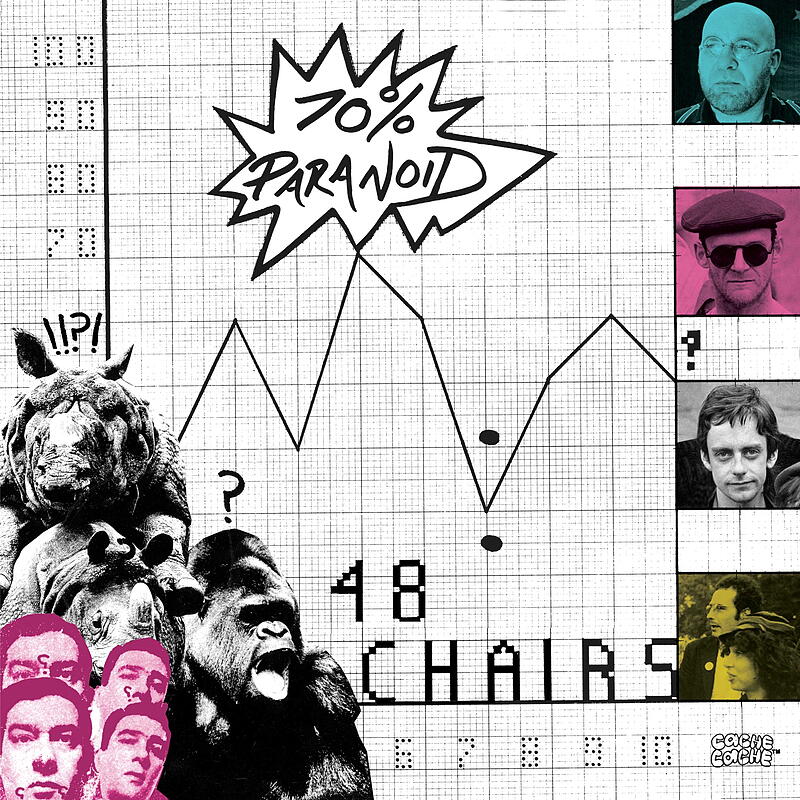 Documenting the unlikely coupling of British free jazz bastion Lol Coxhill and the saucy synth pop don’t-wannabes known as Gerry And The Holograms this rare incognito full-length album bridges the micro-niches of electronic jazz and punk jazz from a band formed in 1979 at an axis where DIY and new wave hadn’t quite collided! With sprinklings of post-punk female vocals worthy of PragVEC and Suburban Lawns, featuring angular art rock paeans to voodoo dolls and closed- circuit TV, this privately pressed LP comes directly from the man who gave Martin Hannett some of his best ideas and wrote the “Blue”print for Manchester’s new musical order. Imagine if Talking Heads became Mark E Smith’s backing band for a week before being sacked for wearing a Frank Zappa t-shirt while Eric Dolphy forgot to take his headphones off... If that sounds up your street, then you should be paying double. A genuine lost moment from the post-punk era with progressive pop credentials from the university of Alberto Y Lost Trios Paranoias before everyone got a job at the local Factory. Why are you the only person who doesn’t know about this?

As one of the few fully formed feature-length album projects of the immediate independent post-punk era, the 1981 album 70% Paranoid by 48 Chairs is still often referred to as one of Manchester’s best-kept secrets by many of the anti- genre’s most switched-on collectors and critics. Combining the talents of the squat-pop synthesists who brought you Gerry And The Holograms with the free jazz Brit-skronk of Lol Coxhill and gelled together with vocals by female punk one- timer Fran Kershner, this seldom travelled, hand-assembled LP was both deeply underground and wildly overambitious, earning it an inverted status as a genuine “unknown pleasure”. Politely waiting in queue for delayed accolades to this day, 70% Paranoid was born out of a direct reaction to the short-lived journalistic cranny known as “new-music” which bridged the pigeonholes of punk-rock and new-wave allowing a small wide-eyed flock to escape the coup in the process. Evading the final nails in the coffin of prog and jazz rock and dreading the reverse reverb of the New Romantic onslaught, a certain breed of overqualified underdogs, with small plates and huge Zappatites took the Manc-y manifesto of do-it-yourself and decided to do-it-your-own-way instead, with a secret hope that the book shelf was gonna collapse either way.