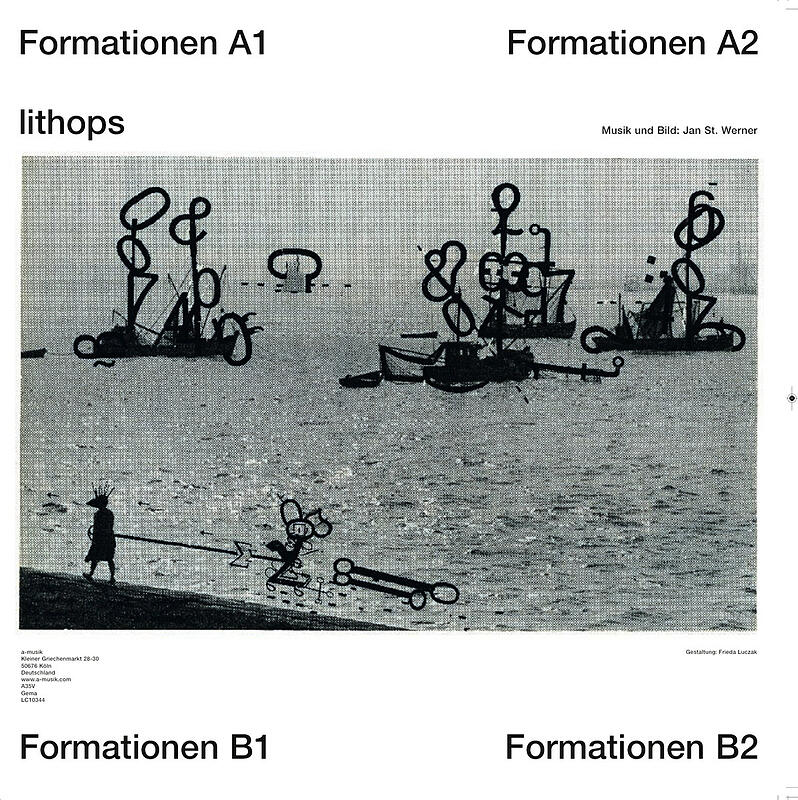 The a-musik label is back with a very special release by Jan Werner who played already an important role for the beginning of the label in 1995. Its first release back then was the debut LP by Microstoria, Werner's collaboration with Oval's Markus Popp that became a milestone in the history of experimental electronica. The sources for "Formationen" are early solo recordings by Werner which he produced with synthesizers and tapes in 1992 and 1993, during his collaborations with F.X.Randomiz and his first experiments with Andi Thoma that should be released a bit later under the alias Mouse on Mars. Werner found those early tapes a while ago, re-mastered and carefully re-worked them, and the result are four stunning pieces of beautiful electronic music. The "Formationen" close a gap in the Oeuvre of Jan Werner and help understanding the impressive work of one of the key-figures of the 1990s/2000s electronica. Essential and highly recommended.