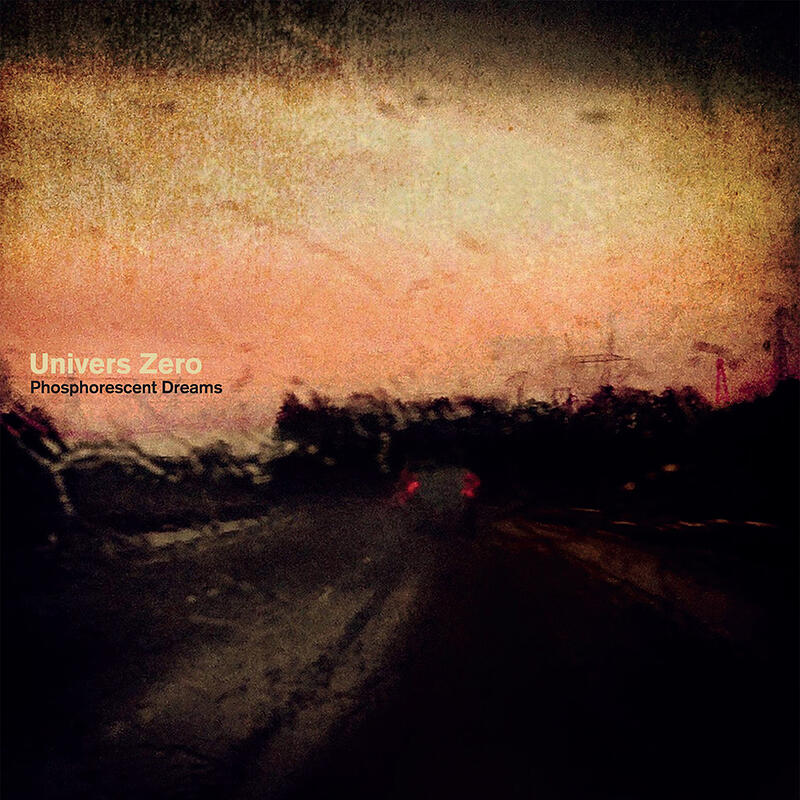 Available for the first time outside Japan, Phosphorescent Dreams is another epic album of symphonic schizophrenic avant-rock from Univers Zéro. Originally released in 2014 - only on CD - through the Japanese label Arcàngelo.

Phosphorescent Dreams presents at the same time, in the same track, even on a single moment, the complex musical schemes and ways of Univers Zéro, ranging from maximalism to minimalism, classical avant-garde with a 2020 vibe in a constant flux.

In a blend of tension constantly emerging from a subtle dialogue between avant-rock and contemporary influences, harmonies and dissonance, Phosphorescent Dreams is a balanced formula of old-school know-how reshaped almost 40 years after the released of the seminal LP Univers Zéro.

Univers Zero represents one of the longest-living bands in Belgium. It was established in 1974. Drummer Daniel Denis had the brilliant idea to gather together a team of professionals sharing the same taste for music. The band has adopted an instrumental progressive style. Over the last couple of decades, the band has also implemented a series of influences from chamber music - most commonly, chamber music from the 20th century. Even if the line-up changes a lot over the years, the overall sound of UZ remained fairly consistent.