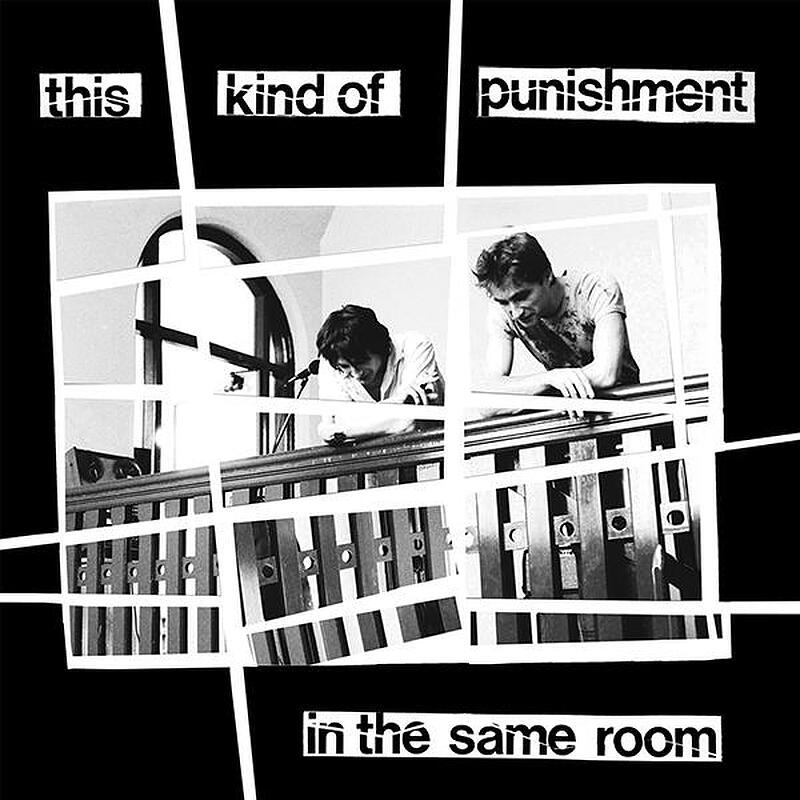 With This Kind Of Punishment, Graeme Jefferies and Peter Jefferies produced some of most adept DIY sounds to emerge from New Zealand's 1980s post-punk scene. After their phenomenal self-titled debut and classic A Beard Of Bees, the brothers would make one last album together, In The Same Room.

Originally released in 1987 on Flying Nun, In The Same Room is perhaps the straightest rock offering in TKP's esteemed catalogue. Opening track "Immigration Song" expertly pairs jagged guitars with wrathful vocals – resulting in one of the most celebrated moments in their recording career – while "Don't Go" puts the full breadth of the Jefferies brothers' method on display: spiraling riffs, somber baritone and chamber-like calm give way to frenzied rhythms and antagonistic lyrics.

From deeply insular songwriting to hands-on production, This Kind Of Punishment draw the listener in close – nearly within the same room as the players – and remain rooted in a distinct approach to presentation that is inseparable from their music.