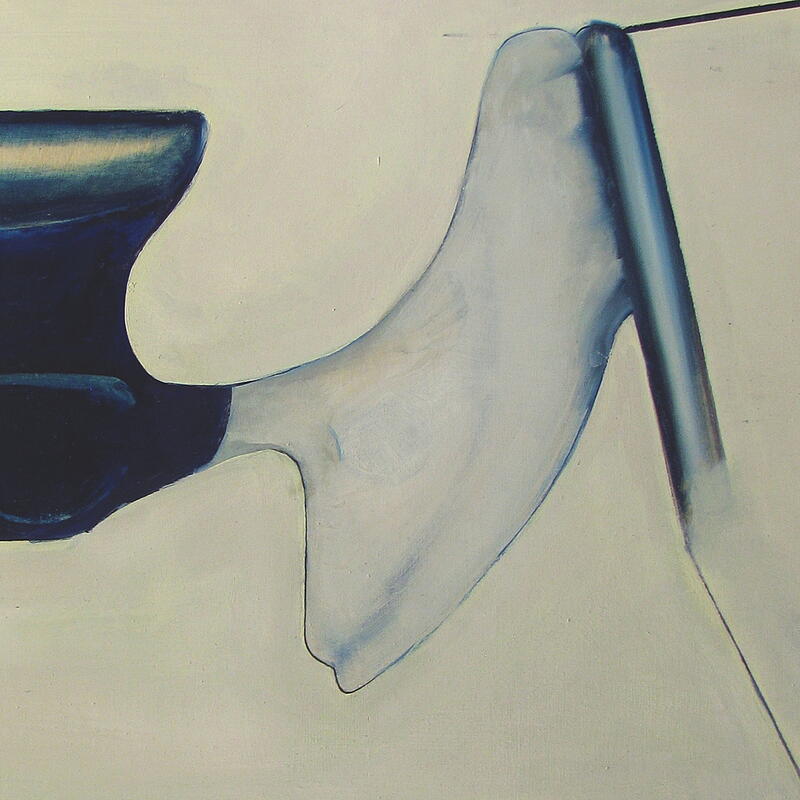 Jay Glass Dubs sublimates Athenian distress and ennui into plasmic dub ether on ‘Plegnic’, his lushly evolved first collection of new material for Ecstatic, following from their acclaimed, 2LP ‘Dubs’ set of his earliest, hard-to-find tape releases, Deconstructing and rebuilding Jamaican dub with musique concrete production methods and a lingering air of inspiration from classic 4AD, new age and Laïko, or Greek popular music, Jay Glass Dubs fascinatingly evolves his sound with richer melodic and harmonic arrangements in a concerted effort to bridge and expand the nostalgic, esoteric and dancefloor dimensions of his unique sound world.

The key to the record lies in its title, ‘Plegnic’; an extinct word meaning “to strike like a hammer”, as well as its palpable sense of nostalgia. In this archaic context, JGD uses vintage machines and obsolete samples into junction with vocals from Yorgia Karidi - sound artist and coincidentally former beau of his childhood neighbour, and Andreas Kassapis one of his oldest friends, who provides the cover art - to conjure a strikingly new, mutated take on classic and well-trodden styles; metaphorically and anachronistically renewing their purpose while connoting his newfound dancefloor drive in the process.

Recording took place at his mother’s house in the Athens suburbs, with Fugazi’s ‘Steady Diet of Nothing’ on repeat. It was here that he dug out an old Juno, a Yamaha RX5 drum computer, and some “…crappier equipment” that provides the structural scaffold to his array of nostalgic, melancholic Laïka samples, which could be considered the ghost in the shell or the diffused soul of this superb five part crop.

On the A-side he sets out to spook with the desiccated, teetering steppers motion of ‘Temple Dub’ featuring heavily processed vox by Yorgia Karidi but the heady nostalgia takes over with a sublime tactility in the vaulted chorales and endless reverb tails of ‘Umbro Dub’, and again in the aching sehnsucht of ‘Mouthless Dub’, where traces of Laïka’s bouzouki melodies most beautifully glimmer thru.However, the B-side is far more upfront and up-for-it, firstly putting his weight behind the cranky skank of ‘Dry Dub’ with its hexagonal drums and acidic bass squirm, then in the super squashed swagger of ‘Fearless Dub’, a near 10 minute long pinnacle of his dancefloor output to date.

Ultimately Jay Glass Dubs’ music is riddled with the kind of nostalgia that can make an unfamiliar piece of music feel like an intense déjà entendu, like you’ve heard it before in a dream or some altered state. That’s a rare and precious thing.