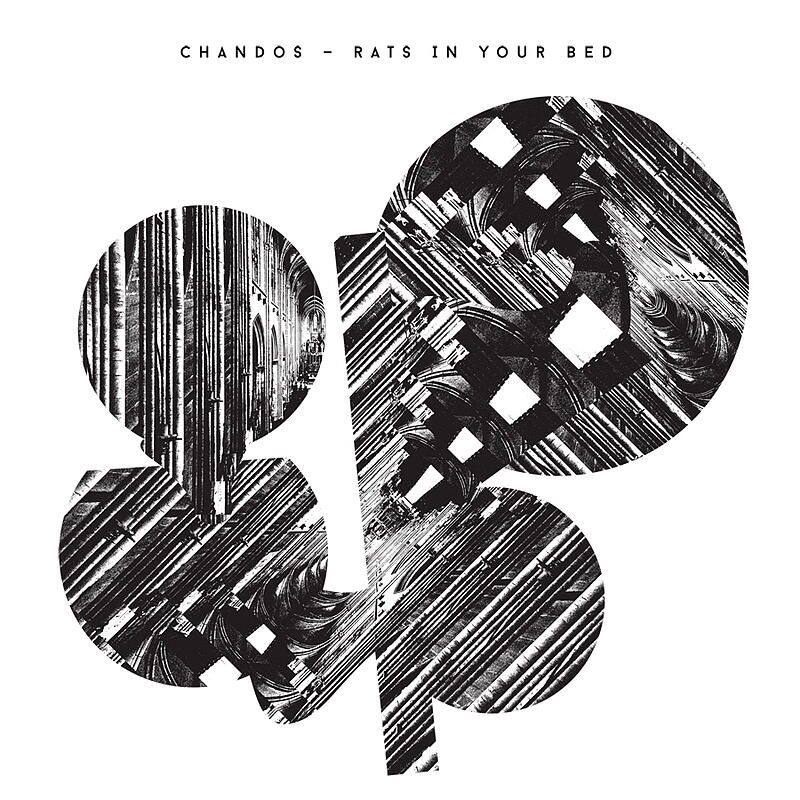 Rats In Your Bed‘s short but sweet song structures mix Chandos’ pop sensibility with dread and urgency, creating a tense energy that gives the group a sound they feel they can call their own. The Boston-based group honed its craft in the local house show scene bands like Speedy Ortiz, Grass is Green, and Guerilla Toss also call home.

“To be honest, I write a lot of the first parts or ideas to a song when I’m hungover,” singer and guitarist Dan Coulson admits. “If I’m at the tail end of a long weekend, I’m much more likely to find a chord or melody I find interesting and work off that. I think that’s where the album gets a good amount of its tension from, the fact that it was created in a setting of regret or self doubt.”

While this is not the trio’s first release, it is the first of this fashion. The band’s first two self-recorded EPs were self-released on tape. “While the DIY approach was a great and fulfilling process, we felt the sound we developed needed a boost in quality,” says drummer Julian Moore, who also plays with Sneeze. The band intends to reach a wider audience with a higher fidelity, but not too high. “It’s definitely a pretty dirty sounding record,” according to bassist Sean Tracy. “It’s dirty, but more so that it sounds aggressive and tight, it’s not totally blown out by any means. Between the guitar and bass, there’s enough distortion to go around for everyone.”

For Chandos’ first studio sessions, they teamed up with engineer Ryan Stack of Format Audio (Now, Now; The World Is…) where they recorded the instruments over a two day span. Vocals were finished in Chandos’ practice space/makeshift studio. The result is a record of dissonant, fast-paced, anxiety-filled pop songs containing endless drum fills, distorted strings, and vocals that teeter on the edge of frustration and desperation.

Formed in the spring of 2011, roommates Sean Tracy, Julian Moore, and Dan Coulson began playing music together in a small Allston, Mass. bedroom. Over the course of several months, the trio turned their half-witted beer-fueled jam sessions into fully fleshed-out songs. With their similar upbringings in the Massachusetts and New Hampshire local music scenes, the three’s fast paced and up-tempo writing style came naturally. The trio established themselves in the local Boston music scene as a weekend usual while releasing two EPs as Chandeliers, Big Shot Weekend, and Monday. Newly christened as Chandos, the band has just finished recording its debut LP.