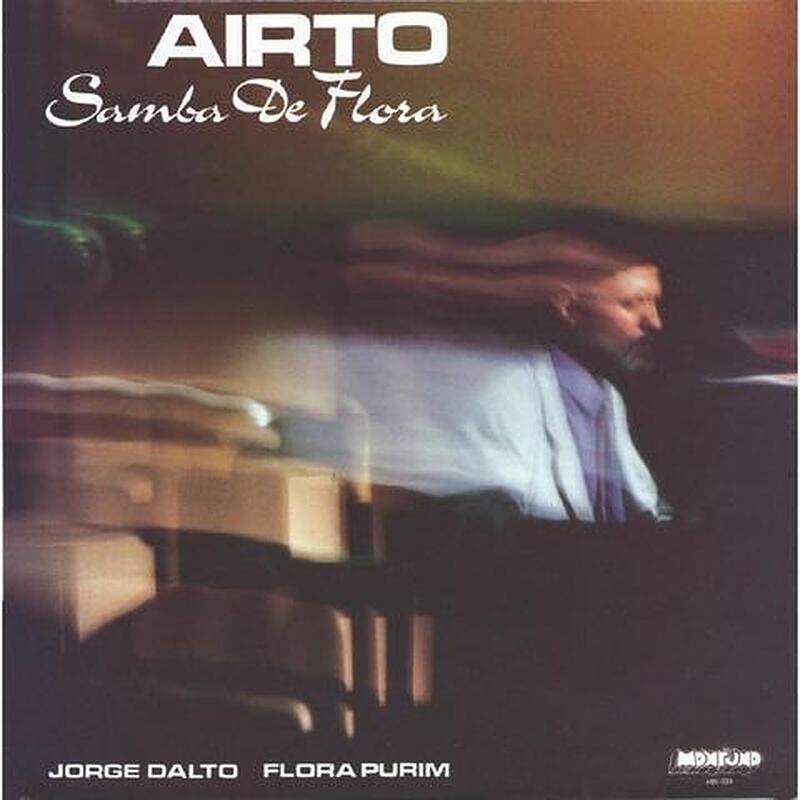 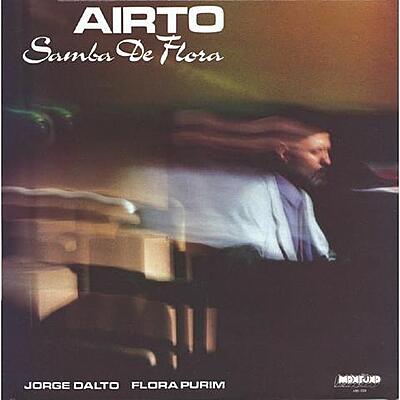 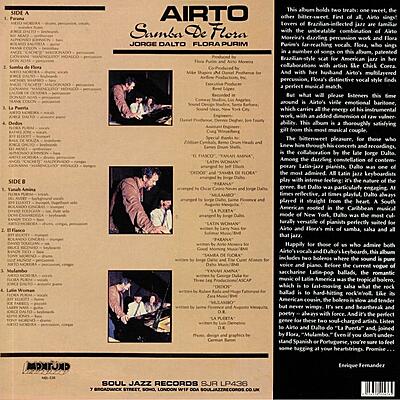 Soul Jazz Records are re-releasing Airto Moreira's classic album 'Samba de Flora', out of print for 30 years ever since its original release in 1988.

The impact of Airto Moreira in both the world of American jazz and in Brazilian music is unparalleled. At the start of the 1970s Airto was invited to join Miles Davis' groundbreaking 'electric' group, which with albums such as the seminal 'Bitches Brew' helping Davis regain his title from John Coltrane as the most important jazz artist of all time.

Two years later Airto helped establish two of the most important jazz fusion groups of all time: Weather Report, with Wayne Shorter, Joe Zawinul and Miroslav Vituous; and Return to Forever, with Chick Corea, Stanley Clarke and Flora Purim. Airto Moreira also began his solo career in the USA in 1970, and alongside his wife, the singer Flora Purim, and Brazilian artists such as Hermeto Pascoal, Sivuca, Deodato, Raul de Souza, Azymuth, all played a major part in the Latinised sound of American jazz fusion throughout the 1970s.

This album is fully re-mastered and re-released by Soul Jazz Records for the first time ever, packaged in full original artwork on both vinyl (+ download code) and CD.