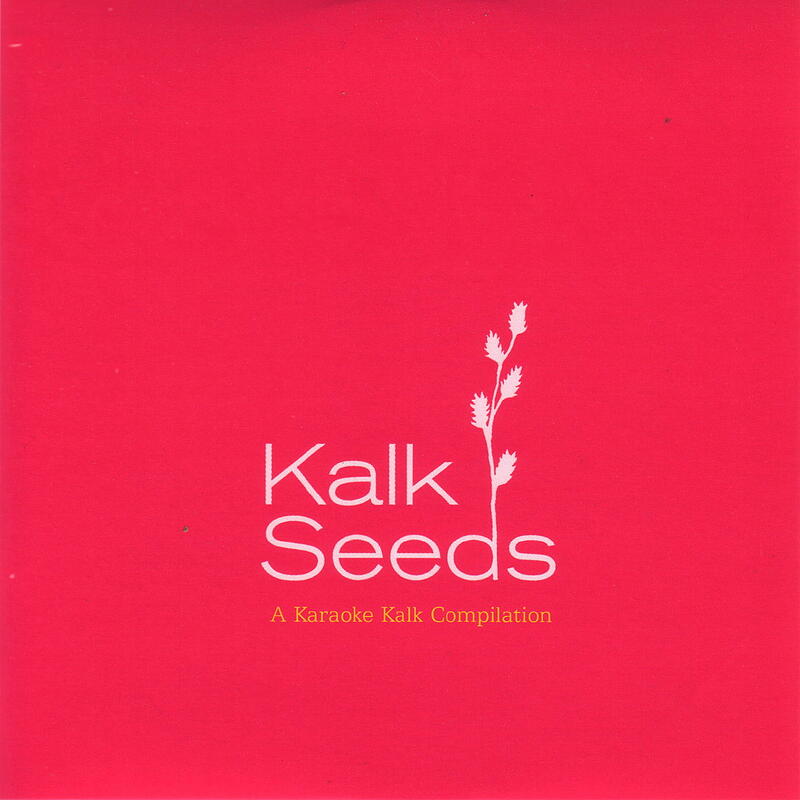 1997: The first artefact of a new species is sprouting in Kalk, Cologne's working-class district. Though its origins are obviously electronical, it's quite impossible to assign it to any known genus. It is a hybrid whose beginnings can be located somewhere between the Cologne School of minimal Techno and the city's electrocustic experiments. It shows up first in a series of 12inches by Kandis, Senking et al. Then, in 1998, the first album: 'Wunder' (miracle) - the reactions: almost miraculous themselves…today still people are discovering the album and send enchanted emails to both artists and label. Getting acknowledged worldwide to be a species of its own Karaoke Kalk unstoppably spreads out. 2005: Kalk Seeds is documenting the spreading of the Kalk herb, particularly in Japan and in Germany. 16 tracks and one videoclip display the open and yet so specific profile of the (now Berlin-) label that has been continuously releasing for 8 years now. And it becomes clear: Karaoke Kalk assembles music that's not happening like this anywhere else; always docked on the here and now, it is drawing a line into the most diverse sound-worlds, recently even to those far from the electronic one, always connecting them in the unique Kalk specific manner. Kalk Seeds starts off with Roman's elegantly formulated pop and allows a fascinating preview on his second album (coming later this year). Including his song, 10 in 16 of the compilation's tracks are brand-new and haven't been released before. Thus, the label-geography is constantly developing new ground. Listen to Hauschka's lyrical miniature on a manipulated piano here, follow Le Rok's odd beats and gentle harmonies dancing together over there. In the meantime, there's Takagi Masakatsu's amazing song-excursions to Japanese melancholy: 4 3/4 min. full of dramatic, even beguiling fragility. In addition you'll find Kalk classics like Donna Regina and März, whose music is as characteristic for the label as is that of the old heroes in new sounds like Sora/Garland and Kandis. It's the particular treatment of forms that may best describe the sound of Karaoke Kalk: Be it techno-structures, Beach Boys-harmonies, abstract electronic, minimal music or pop-experiments, it lives from a special kind of energetic space in between, in Pascal Schäfer's rhythm constructions just as well as in Takeo Toyama's moving composition 'Der Meteor'. It's not a masterplan, but a characteristic growth that is determining Karaoke Kalk as a construct; it isn't static, it's changing and still remains unmistakable. Some call it Avant-Pop, others the '"Les Disques Du Crépuscule" of our days'. Karaoke Kalk is filling in a gap, it isn't nice but challenging, in every of its ideas of beauty, too, it's the antithesis of Gemütlichkeit and genre-boredom, it's growing and thriving. 'Kalk Seeds' looks at a world full of better sounds!