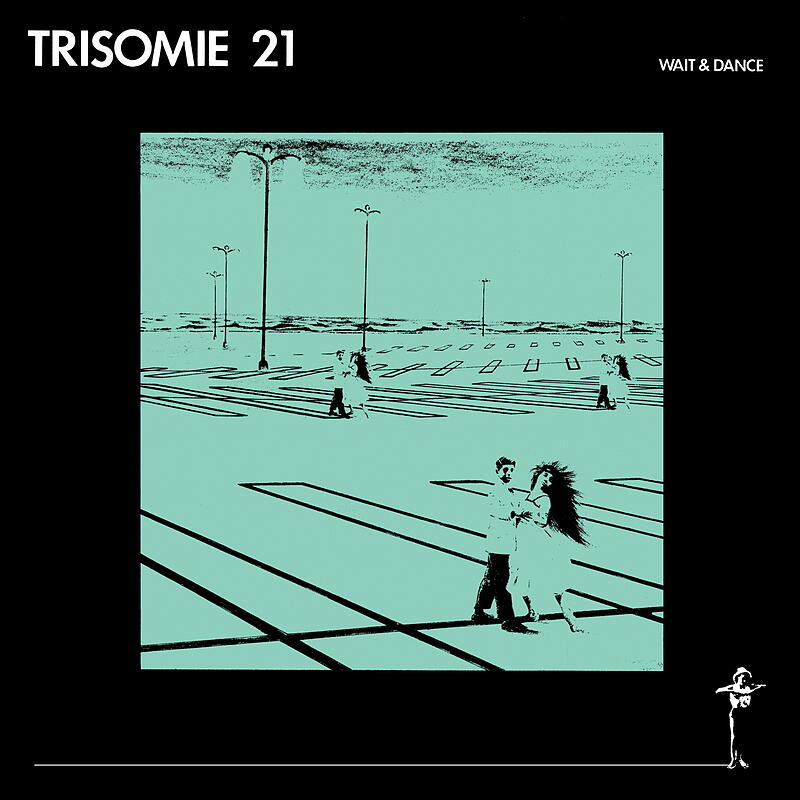 Trisomie 21 is a post punk band formed in 1981 by Phillipe Lomprez (vocals, drums) and Hervé Lomprez (guitar, electronics), two brothers from Abscon, in the North of France. They began composing songs at the age of 16 while studying at school. The brothers were influenced by Kraftwerk, The Residents, Yello, P.I.L as well as the films of George A. Romero. Their music consists of lush soundscapes that do not easily fit into any one category. Lyrics are sung in English because in the north of France the duo sought to contradict the trend at the time for everything to be sung in French. Musically their mood is melancholic and one can hear traces of Joy Division, Durutti Column and The Cure. Since 1983 they’ve recorded 15 albums and appeared on numerous compilations and remain active to this day.

In Spring 1985 the group went back into the studio to record a new batch of songs. Trisomie 21’s notoriety had increased following two concerts in Belgium and the Brussels recording label Play It Again Sam decided to sign them. In September 1985 the 5-song mini-LP ‘Wait & Dance’ was released by PIAS sub-label Scarface. It contained the band’s first female guest vocals on two of the tracks. Sadly some of the songs had phase related problems and caused partial cancelation playing back monophonically, so the band remixed the songs and reissued them on CD only in 1987. We have added the 5 remixes as bonus tracks here presented for the first time ever on vinyl. All songs have been remastered for vinyl by George Horn at Fantasy Studios in Berkeley. The LP is housed in a replica of the original jacker featuring a artwork by Sourdeval and includes a photo postcard featuring lyrics and notes.