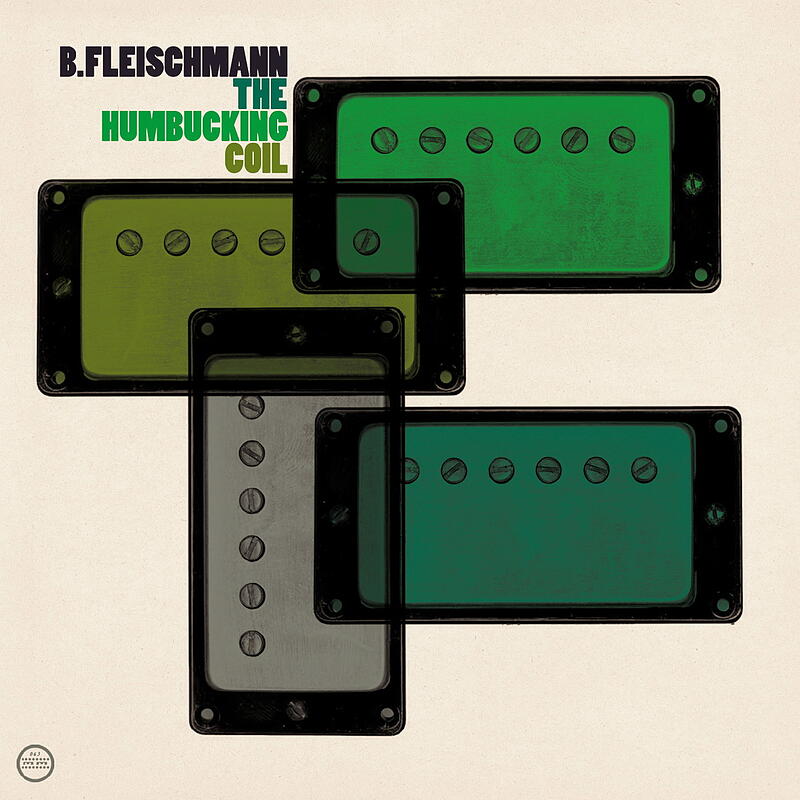 The Humbucking Coil is a schizophrenic apparatus. A pick-up that eliminates the guitar's usual interferences, its white noise, just by means of doubling them. Two electromagnetic coils turn each other mute. What solely remains is the pure sound of the vibrating string. And that what is done with this single sound. Bernhard Fleischmann named his latest album after the roughly 50-year-old Humbucking Coil. As old as modern pop music: the pick-up, not the artist. And Bernhard Fleischmann has taken an electronically amplified guitar. This happened for a first, a curious time. The Humbucking Coil has become an open, breathing album. Rather soundbox than hard disk. Being part of a process that has become visible in different moments on his previous album Welcome Tourist already. In between, and last year, there was the project duo 505, developed together with Herbert Weixelbauer. There the groovebox (Roland 505), here the amplified guitar (Humbucking Coil), there the micro levels of clicks and cuts, here the warmth of an old valve driven microphone. Vibraphone, piano, guitar, they all come together in a still electronic context. The album's cover, this graphic strictness on an ivory fond; a visual quotation of jazz that gets on very well with the music inside. Eight songs came out of this process, songs especially in terms of melody. Of melancholy perhaps. Songs that linger, that indulge. Songs that allow a halt as well. Aldebaran Waltz is a slow farewell in three-four time. According to the background sounds it seems as if one can hear the door squeak softly. Static grate is a smooth piano miniature, garnished with the slightly distorted, rustling rhythm structures that one knows of Bernhard Fleischmann yet and that he carries on using on The Humbucking Coil. The opening song broken monitors, euphoric pop in slow motion, carefully arranged around a guitar's slowed down melody. The Humbucking Coil's recording, assembling and mixing was done once again together with and in the studio of Christoph Amann. Besides, the Viennese bricoleur of Jazz and Electronica Christof Kurzmann being a close friend not even since Bernhard Fleischmann's debut Poploops for Breakfast of 1999 was involved in this process once again.