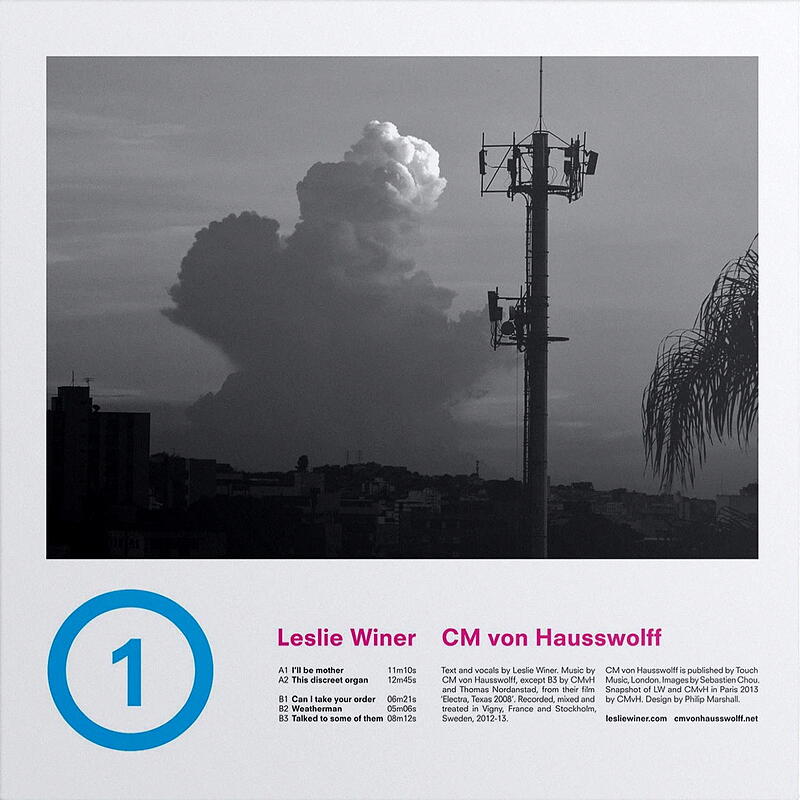 Leslie Winer and Carl Michael von Hausswolff met in 2011 in Lisbon, Portugal via Philip Marshall, the co-owner of Tapeworm. They decided to make a vocal/electronic music collaboration just for fun, with no intensions to have it on any kind of phonogram. Time proved different!

Leslie Winer – an artist/author living and working in France. Earlier releases include Witch (1990/1993), & That Dead Horse (1994/2010), Always Already (2011) and the retrospective compilation Leslie Winer &c (2012). She has been collaborating with Jon Hassel, Bomb The Bass, Mekon and others and recently Leslie Winer’s words and voice was heard on a track on Diamond Version’s (Carsten Nicolai and Olaf Bender) first release (2014). At present she’s compiling beat writer Herbert Huncke’s aftermath. This release – 1 by Leslie Winer and CM von Hausswolff – is her first full length original release since 1990.

CM von Hausswolff divides his time between the music and the visual art world. His records has been released between 1979 and 2015 by such labels as Radium 226.05, Ash International, raster-noton, Laton, iDeal and MonotypeRec. He curates FREQ_OUT, a collaborative sound installation shown in Paris, Berlin, Stockholm, Marrakech and other places, including artists like JG Thirlwell, Finnbogi Petursson, Jana Winderen and Christine Ödlund. He makes films with Thoms Nordanstad and music with Martin Rössel (as Gomila Park), Jean Louis Huhta/Graham Lewis (as Ocsid) and Joachim Nordwall/Jason Lescallet (as ENOUGH!!!).