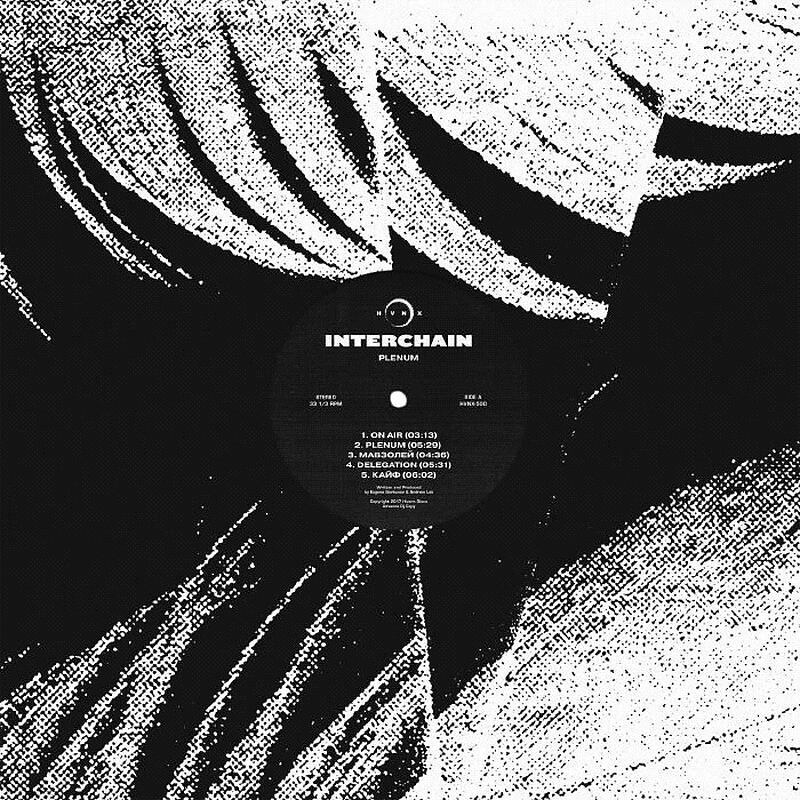 Interchain are Eugene Gorbunov and Andrew Lee, an electronic duo from Moscow that finds equal inspiration in techno culture, punk music and Russian industrial landscapes. ‘Plenum’ is an album composed of a series of sketches based on Eugene’s and Andrew’s childhood memories about Perestroika in the USSR. As they put it, “whether it’s a backwards look through the decades of an adult, or the flashbacks of childhood memory to the exact historical period, imbued by the distinctive colors, TV noises, unconscious sounds and images of the time - both perspectives interpret the past/present as a work of art, created by the entirety of society, government and technological progress". These visions are projected into 10 vibrant compositions inspired in a series of elements -from underground clubs to Lenin’s Mausoleum and from USSR punk to drugs- that marked the period of political and social reformations that shook the Soviet Union in the 1980s. Despite being grounded in industrial sonics and its sparse backbone, the music in ‘Plenum’ has an oddly delicate and ghostly quality to it. Tracks that, in Interchain’s own words, “wash away pressing issues of the day, revealing a transcendent picture, image and aesthetics - ethereal feelings far more real to the observer than actual bygone dates, events, people". The result is fascinating to say the least.