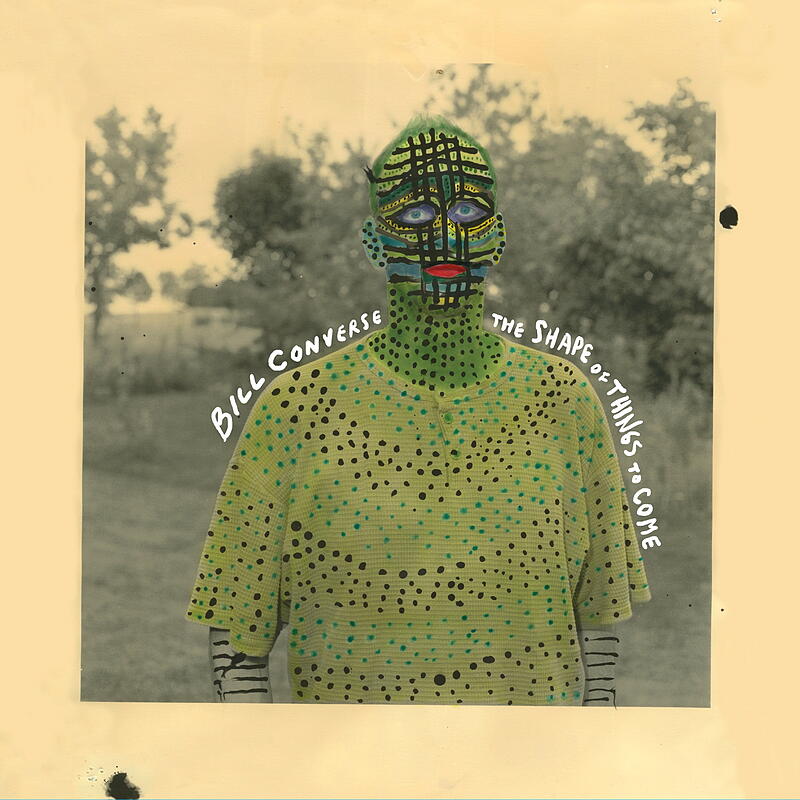 Dark Entries present the sophomore album from Austin, Texas analogue hardware enthusiast Bill Converse. Immersed in the early days of the 90s midwest rave scene, Bill began DJing at a young age in Lansing, Michigan. Luminaries such as Claude Young, Traxx, and Derrick May were key early influences. Techno, noise, ambient and tape processing are all part of his uncanny sound palette. His debut album ‘Meditations/Industry’ was released on cassette in 2013 and edited for a vinyl release in January 2016 followed by two 12” singles ‘Warehouse Invocation’ and ‘7 of 9’ the same year.

‘The Shape Of Things To Come’ is a 70 minute journey spread across two pieces of vinyl. It's comprised of seven tracks recorded directly to tape with no overdubs, made at Converse's home studio. At the time of recording, Bill was sending this material to Josh Vance (Josua Dorje Ngodup) for feedback. Most of the time Josh would respond in the form of artwork, and then Bill would create another track inspired by this feedback chain. Converse has dedicated this series of tracks to him. The songs on this album reveal a sublime influence from Detroit techno, early Chicago house, and Acid. For this album Converse slightly bumped up the tempos geared for dancefloor energy. Built around vintage synthesizer lines and gritty drum machine percussion, the tracks evoke “how things have changed and how they have come to be.”

All songs were mastered for vinyl by George Horn at Fantasy Studios in Berkeley. Each LP is housed in a gatefold jacket with a painted photograph portrait by Dietmar Busse and layout design by Eloise Leigh. The gatefold conceals an otherworldly collage made by Josua Dorje Ngodup. Each copy includes a postcard featuring artwork from Bill’s sister with notes.