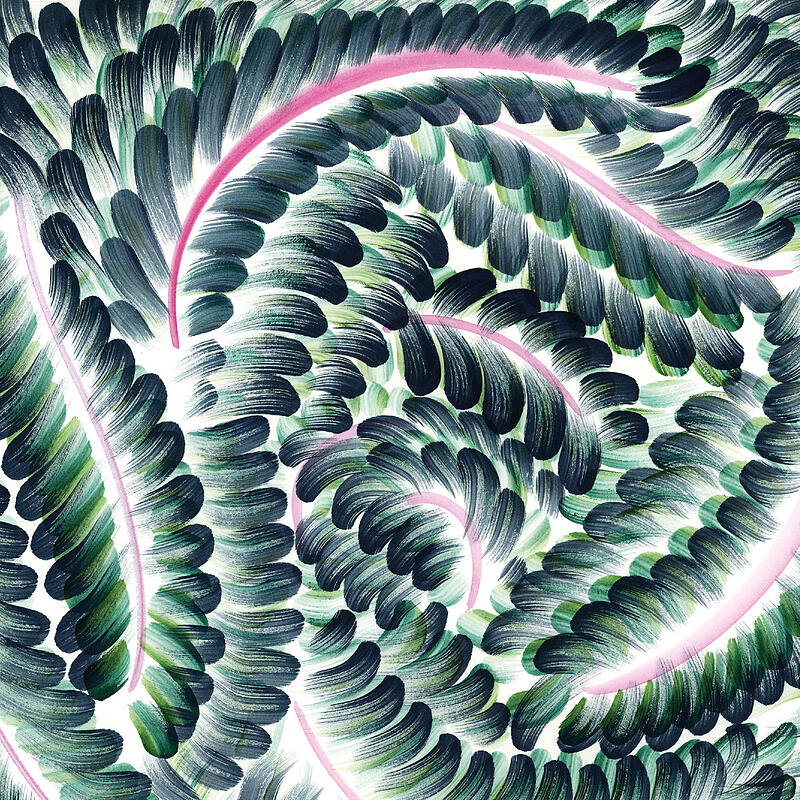 A meditative and endlessly turning clutch of songs, She Keeps Bees’ Kinship reasserts the band’s elegant power in a stream of loss and regeneration. Death, birth, both personal and in reflection of Earth itself emerge through Jessica Larrabee’s focused, empowered voice. With Larrabee and Andy LaPlant’s first album in four years, She Keeps Bees peels away their distorted guitars and fills the void with hypnotic organ, keyboards, strings, a tight bed of drum grooves, and a direct lyricism full of with wisdom and intention. This is an album that radiates its messages with deft knowledge and immeasurable strength.

Since 2014’s acclaimed Eight Houses, Larrabee cared for and lost her father before moving upstate with LaPlant to a New York cottage with a plan to start their own family. In this new, solitary and natural environment, they wrote and recorded this album over five months, joined by friends Kevin Sullivan (Last Good Tooth) on bass, Penn Sultan (Last Good Tooth) for guitar, and Eric Maltz, who lent strings, synthesizers and piano.

Kinship addresses chaos by pointing beyond it, to the order that exists outside one’s reach. As the duo settle upstate and begin planting roots for their future life together, She Keeps Bees have taken the long view and written odes to the irrevocable primacy of Nature.