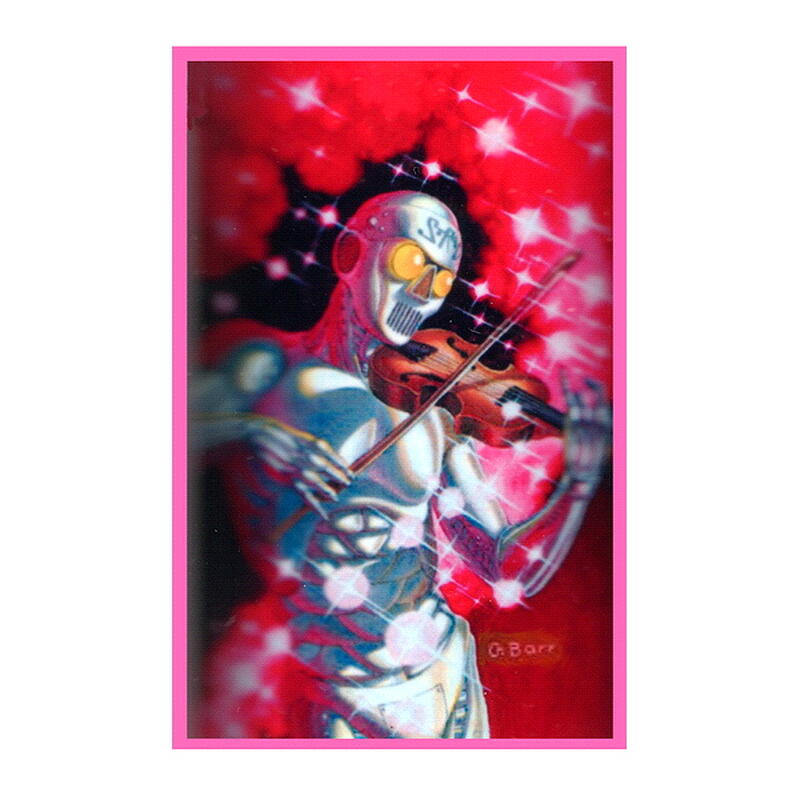 John Maus' second album 'Love Is Real' is an apocalyptic journey through the nostalgic streets of our home towns deep into the recesses of the human heart. It is a map of self discovery, rejection and escapism captured across 14 songs of melancholic baroque pop music. Similar in style to his 2006 debut 'Songs', the album is a mixture of exploratory synthesiser theatrics, tensely-strung bass lines and insistent drum machine clicks and pops, all set off by John's deeply resonant reverb-drenched vocal. 'Love Is Real' is a more reflective and realised effort than 'Songs' however, focusing its attentions on impulsive song writing and inspired musicianship, replacing the reminiscent feel of the first record with genuine poignancy.

'Love Is Real' is an album of contrast, of obscurity and familiarity, of darkness and light. Moments of intense disco anxiety warning against the sin of avarice - "Too Much Money" - find themselves rubbing shoulders with romantic virtuoso fugues - "Green Bouzard". The juxtaposition of the buoyant 80's synth pop alongside John's sombre, sometimes even morose lyrics is another good example of this tension. "Without you girl, I'm going over the edge" Maus sings over the four-to-the-floor dance rhythm of the album's prescient closer 'Times Is Weird'. Over the fantastical keyboard gymnastics of 'The Whole World's Coming Apart' John finds relief in repeatedly confessing "This is my nightmare, my nightmare". It's contrasts like these which point towards John's preoccupation on this album with confused emotions and misunderstood intentions.

Whilst 'Love Is Real' maintains the same anthemic genius and sense of humour that it's predecessor revelled in - the impassioned 'Rights for Gays' being perhaps the most neurotic example - this album finds its strength in its more delicate and revealing moments. The superbly mournful 'Do Your Best' is an elegiac paean to true love - "Reach out your hands to the one alone, in the city tonight" croons Maus to baritone abandon, sounding like a man resisting his own best advice. Similarly 'Tenebrae', the album's tour de force, follows the grand tradition of many classical composers who have tried to convey the suffering, 'great noise' and joy of the Holy Week in music over the last 300 years. It is a stately and majestic song which soars and pulses into inevitable splendour becoming the focal point of this remarkable album.

'Love Is Real' is a record about facing the demons within, searching through eternity and finding hope in the darkness of these uncertain times. It's about never giving up and holding out for the one you love. Put simply it can only be an album by John Maus.