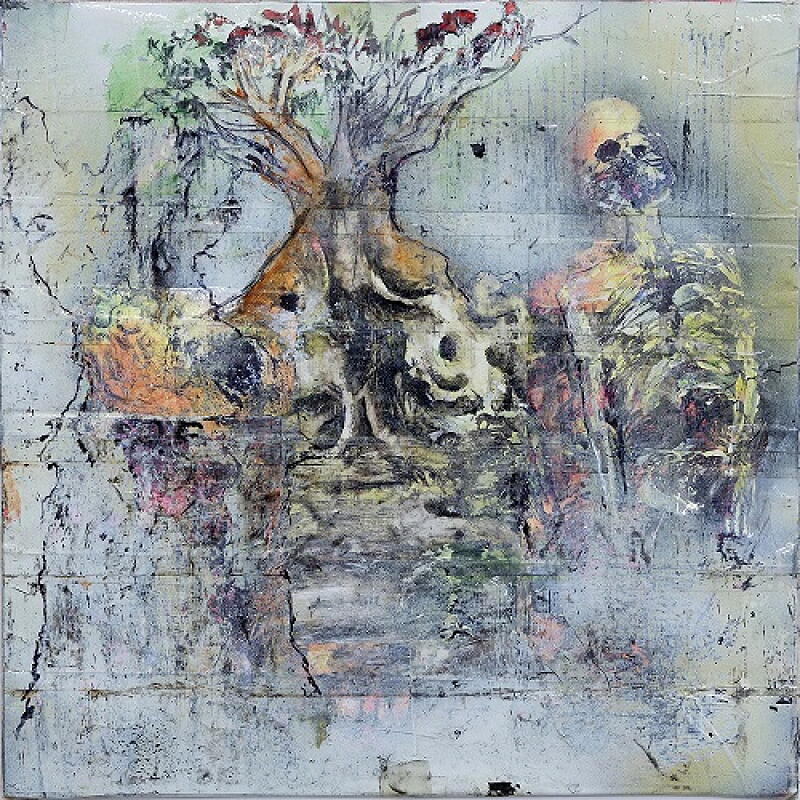 Times of chaos rings the bells for newest sea-bottom R&B sound lurch from radical sonic artists WOLF EYES. The U$A’s longest-running homemade primitive electronic poetry & vibes trio launches another scotched taped nuclear audio radioactive front on humanity with 2017's brand new "UNDERTOW". After the claw fisted free riffs of previous album I Am A Problem: Mind In Pieces, Undertow finds the trio diving into new depths of the electronic and free jazz infected world that they created themselves from scratch, spilling over into two decades.

Vinyl edition comes with double-sided fold-out A2 poster featuring album artwork on one side and a compilation of gig flyers and imagery documenting twenty years of noise and troubled chaos on the reverse, plus a download card of the full audio.

Formed in 1996 in Detroit, Michigan, WOLF EYES have recorded for Sub Pop, Troubleman Unlimited, De Stijl and most recently Jack White’s Third Man label, as well as their countless self-released documents of audio destruction and micro-run slabs of blitzkrieg noise. The band has also an inzane history of collaborations, side projects and solo output, while staying consistently road- tested and sharing stages with everyone from Sonic Youth to Anthony Braxton to Andrew W.K. to Hieroglyphic Being to Morton Subotnick, along with basement gigs with nearly every like minded outsider stoner/loner freak throughout the corners of the sonic world.

LOWER FLOOR MUSIC is a new imprint dedicated to the group’s cultural vision. The idea of a home based festering basement for Wolf Eyes is not new: Since 1998 the band has created a massive tidal wave discography of releases nearly adding up to over 500 titles: most being limited from 2 -50-100 (vanished into arcane crypts of collectors to vanish forever) copies on American Tapes, Hanson, AA, Warzone, and countless other independent, tape, video, CDR, vinyl labels. WOLF EYES has the unending quench to explore every shadowy sonic corner of the homespun audio universe and Lower Floor Music will provide a way for all fans of electronic music to access Wolf Eyes extensive catalogue while documenting new audio trails the trio currently haunts in real time. "UNDERTOW" and "LOWER FLOOR MUSIC": direct expression from the rotten rat explorers to sink into the seams of your soul.