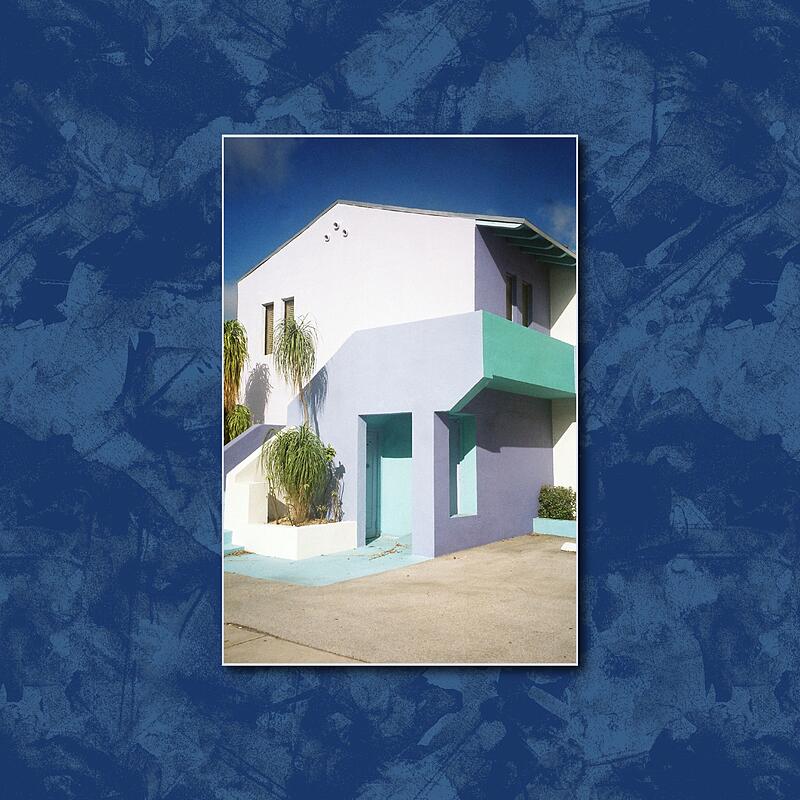 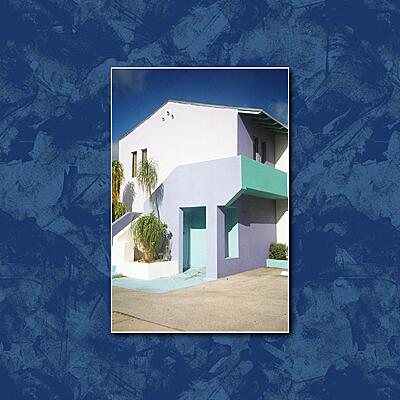 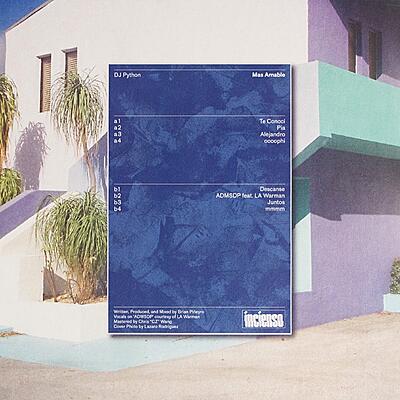 Genius dembow rhythm science from DJ Python on his 2nd album for Anthony Naples’ and Jenny Slattery’s Incienso. Following from the reticulated deep house-paced reggaeton hybrids of that acclaimed 2017 debut, the new side by Brian Piñeyro ‘Mas Amable’ takes a rambling, sidewinding trip exploring slippery, mutable 90/180bpm metrics with a serpentine guile that surely lives up to his moniker.

Imagine Beatrice Dillon jamming with Gescom and Kelman Duran, and you’ve nearly got a grasp on this incredibly constructed album. Across 50 minutes of seamlessly arranged transitions from lush field recordings to hip-gripping dembow permutations and semi-conscious and tripped-out vocals, Python dangles the dance by a fine conceptual thread that ties the constant rhythmic chronics to their subtly shifting tonal/textural variables. Call it ambient-jungle-dancehall, avant- dembow, deep reggaeton, whatever; it’s just an incredible record for lovers of rhythm and sound of all stripes.

Starting up with five minutes of rustling, shoreside ambience in ‘Te Conocí’, the album elegantly and rudely shifts its weight between seven mutations of dembow’s tressilo drum pattern and junglist markers, toggling the pressure gauge from gently propulsive sway in ‘Pia’ to tighter, darker steppers type in ‘Alejandro’ and wavey whistling melodies in ‘oooophi’, before technoid neuro D&B stabs light up ‘Descales’ and it all fades out in the narcotically effective downstroke and tripped vox of ‘ADMSDP’, and slunks into the deep blue reggaeton electronica of ‘Juntos’ and ‘mmmm’.

Cast somewhere between the horizontal and vertical, and thus primed for dancehall or late night satisfaction, whatever angle it’s approached from, ‘Mas Amables’ is a unique and richly immersive experience that will surely rank among the definitive records of the year.