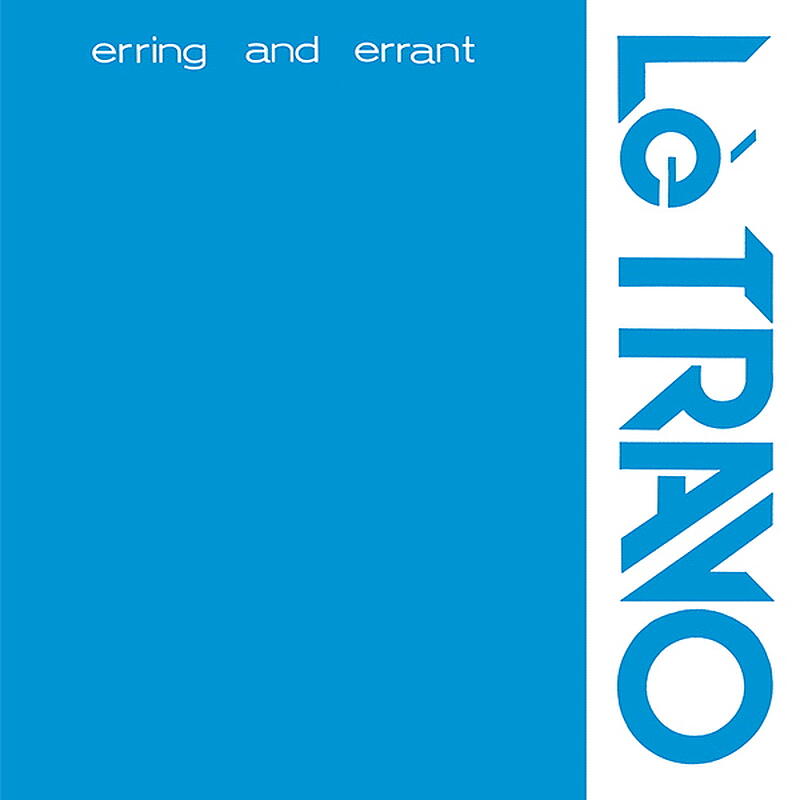 Lè Travo is the brainchild of Patrick Bollen from Tienen, Belgium. As a teenager in the early 1980s, Patrick would visit "DeAtelier", the infamous coldwave/gothic club in Leuven. He would be inspired by Joy Division and other Factory releases, The Danse Society and Cocteau Twins. He gathered a some session musicians and a female backup vocalist. They recorded with live drums, TR-808 drum machine, Roland JX3P synthesizer, electric guitar and bass. Eventually Patrick bought a Greengate DE-3 sampler, using the brains of an Apple 2E with a keyboard bolted onto it. He crafted loops made from a deconstructed upright piano, hitting the strings directly with a drum stick. Lè Travo made their first appearance on a split LP with Fred A in 1984. "Erring and Errant" is their debut 7 song LP originally released in 1985. For the reissue 3 bonus songs from the split LP have been added. The songs are coldwave in the vein of Weimar Gesang, Opera Multi Steel, and Clan of Xymox. Guitar, bass and sample interplay with piano and synthesizers with dark and forbidding crescendos in the fast numbers, and elegaic melancholy in the slow tracks. The vocals are delivered with a sense of urgency, while the lyrics are inspired by avant-garde movements such as futurism and constructivism, as well as science fiction and existentialism. All songs have been transferred from the original reel to reels and carefully remastered for vinyl by George Horn at Fantasy Studios in Berkeley. The vinyl comes housed in a glossy jacket with original artwork as well as a fold-out poster with lyrics and photos. Lè Travo is derived from French word "les travaux", which means : the works, a fitting name for this compilation of lost music from the Belgian underground.