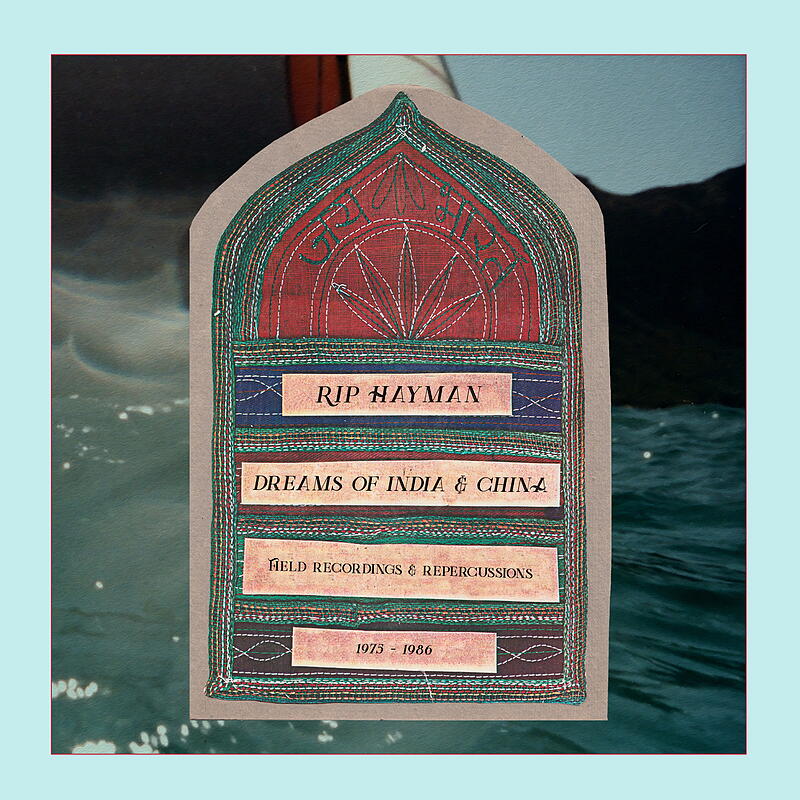 "Captain Rip Hayman is a traveller: on the seas, across the lands, and in the realm of music. He has been around the world 51 times to date. Like the proverbial cat, Rip has lived many lives and beaten death more than most. Rip’s playlist here is a mix of his compositions and music gathered in his travels. The sounds of the world are all music to the Captain’s ears." - Charlie Morrow, December 2018

Dreams of India & China is the first retrospective LP of artist and sailor, Rip Hayman. Recorded from 1975-1986, the two side-long works were collaged from a dozen hours of tape recordings (which laid dormant for over 30 years). It ebbs as the tides; pulsing from one location to the next in a faint stupor, Dreams turns to be an autobiographical sound map.

Audio capsules of Hayman's installation performances, private experiments, and every ethnographic voyage in between are charted. Outdoor recordings canopy over indoor recordings, thatching surreality. Tonal quilts lap over "Dreamwaves" on the first side: an all-night sleep concert hosted by Rip as the sandman. Whispers of recounted dreams, birds and trees, organ waves. The second side traverses more saturated memories: bicycle spokes ripping against half-speed piano, bleeding cymbal dances over saxophone gusts, the tumbling of Rip's body affixed with bells and metal.

Hayman was a collaborator in New Wilderness Foundation, Ear Magazine, and The Land (a parcel in upstate New York to where John Cage, John Lennon, David Tudor, etc. would escape the city in the 1970s). He is the owner of the oldest bar in NYC, The Ear Inn. Focusing on nautical inventions and intentions these days, Rip has veered away from composition; hopefully that will change. For now, let us enjoy the sea-faring sound journeys of his past. Dreams of India & China charters a beautiful confusion – come aboard and push off into his waters.