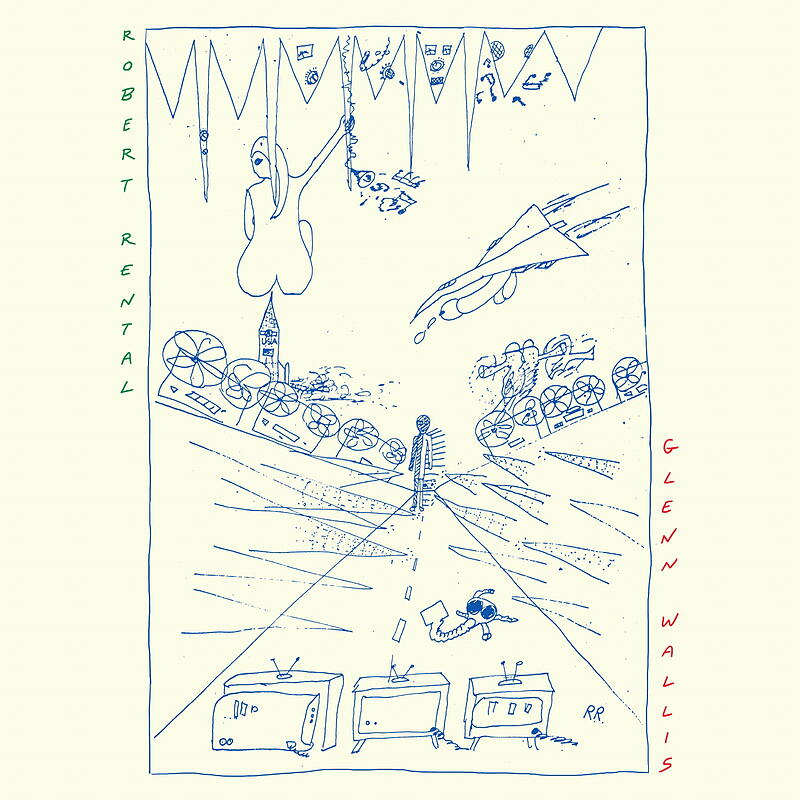 Robert Rental was the stage name of Robert Donnachie (1952–2000), a British pioneer of post-punk, DIY, and industrial music. Originally from Port Glasgow, Scotland, he moved to the south of England with Thomas Leer in the late 1970s where he met Glenn Michael Wallis. Glenn was recording music with the group Heute and leaving to start his solo projects NKVD and Konstruktivists. Both were heavily involved with Throbbing Gristle and the Industrial Records crew.

In the Summer of 1979, Robert invited Glenn to his studio in Battersea to jam. Robert on guitar and Glenn on an EDP Wasp synthesizer. For each session that summer they would play for about 40 minutes, maybe longer, stoned. Robert suggested they record it, many times erasing and over recording one session for the next. The music had no titles, as they were never intended to be released. On these recordings, Robert enjoyed playing like Robert Fripp of King Crimson, while Glenn channeled Wolfgang Flur of Kraftwerk. Influenced by Krautrock bands like Can, NEU!, Cluster/Harmonia, as well as Terry Riley and Brian Eno the duo forged a unqiue brand of Industrial music. Tape loops and synthesizer sounds played backward conjure dark ambient moods. All songs have been remastered for vinyl by George Horn at Fantasy Studios in Berkeley. The LP is housed in a jacket that features a drawing by Robert Rental from Glenn’s archives as well as a handwritten note from Robert to Glenn. Each copy includes 2 photo postcards featuring a transcription of Robert’s letter and liner notes from Glenn Wallis.