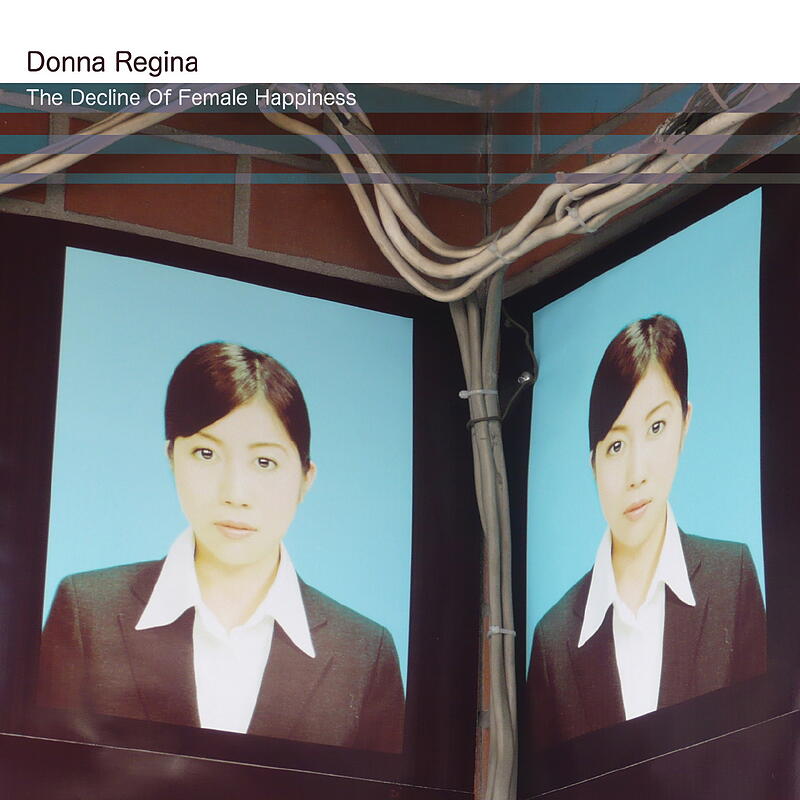 It's the way it's always been with electronica. To begin with it wasn't a genre at all, just like "Indie". It simply stood for all the electronic music that wasn't techno. That is, for a great deal of music. The absence of (straight) beats made this vague categorisation into a genre in its own right, and to put it simply, it became the music for mousy, introverted shoegazers and nerds. And so clear relations were set up: there are rockers, with and without guitars. And there are songwriters, with and without guitars. Let's call the rest electronica. That went on for so long until the word "electronica" was rightfully banished and locked into the broom cupboard of musical history. Donna Regina have been around longer than electronica and the term never really fitted their music that well. After all, the duo from Cologne are really all about writing songs, not just producing tracks, and certainly not electronica. But you can't take such categorisation so literally. And if there's any band that can recite the A to Z of electronica in a song format, then its Donna Regina. They fit all the characteristics that we attribute to withdrawn and playful electronic music with all its nuances. Donna Regina are masters of reservation, allusion and vagueness. Only they are capable of keeping listeners in suspense in the way that they do. For example, the piece „Vague“ (Nomen est Omen!) with its really stunning Giorgio Moroder bass-line creates expectation right from the first note. They are knowingly building up tension and consistently holding that level right through to the end without ever letting up. For Donna Regina don't do anything that's too obvious. They make outlines, suggestions and fill in colours. But they avoid the obvious. Donna Regina would rather play one note briefly than two for two long. They deliver a wonderful production that is sonically varied and full of ideas. Their sound and their songs are elegant and melancholy, in varying degrees. And for as long as anyone can remember Regina Janssen has been singing like the great Nico, who after all was also from the Rhein area. And yet „The Decline Of Female Happiness“ is somehow different. But Donna Regina wouldn't be Donna Regina if this difference was noticeable at first glance. It seems as if the band, or at least its front woman, is taking stock with this album. Not only in the title track does „The Decline Of Female Happiness“ deal with womanly situatedness and self-reflection. Loneliness, growing old and everyday life are used as topics. These songs speak of experience and perhaps also disillusionment. It's this sublime aloofness, which should be credited to the very under-appreciated Kinks, which makes „The Decline Of Female Happiness“ such a special album. This sober view of doubt and self-image ennobles the lyrics. And the music sounds equally at ease and experienced. A kind of unity of music and lyrics in song-writing that many strive towards, though few achieve. Continuity does pay off in the end.