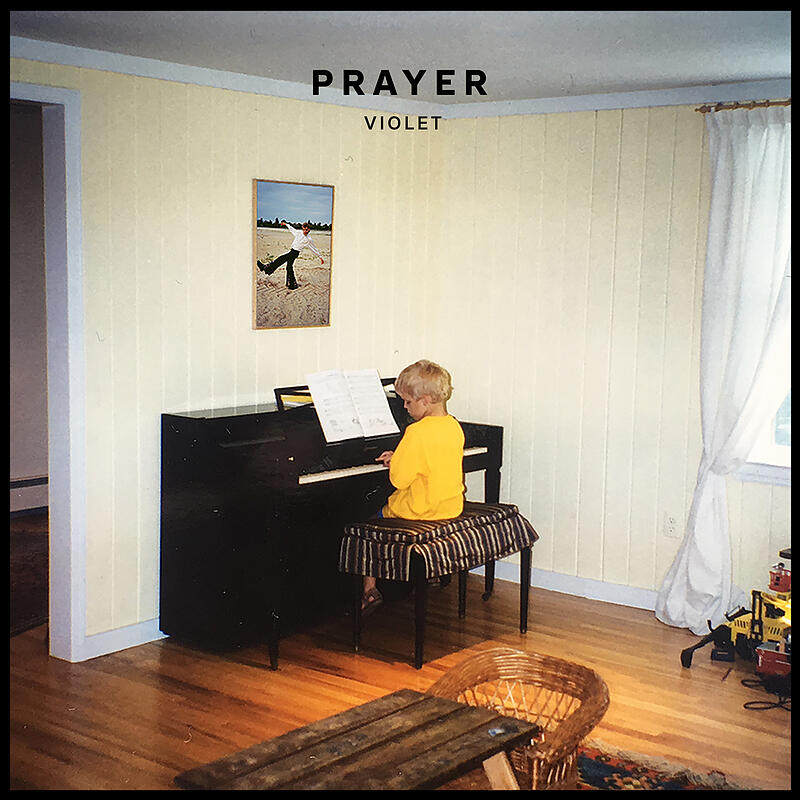 Violet, lying between blue and the invisible ultraviolet, is often ascribed a mystical quality. It is precisely this quality that Nicki Fehr a.k.a. Prayer sought to capture on his debut album.

The eight tracks on Violet are varied and nuanced, slaloming between pop songwriting (Rose Garden, Bubble Trouble, Leo, Yokai), electronic experimentation (Das Jahr 2359), and purely instrumental compositions (Mooons, Kural, Qutbuddin). Though each song inhabits its own space, all are tied together by invisible threads: Fehr’s sensitivity, his ever so soft voice, and a playfully ethereal sound palette.

While always rooted in the realm of music, Berlin-based Fehr sees his practice as a holistic endeavour. A special interest in the nature of consciousness, the subversive potential of pop culture, and spirituality in the digital age informs his oftentimes surreal and romantic practice.