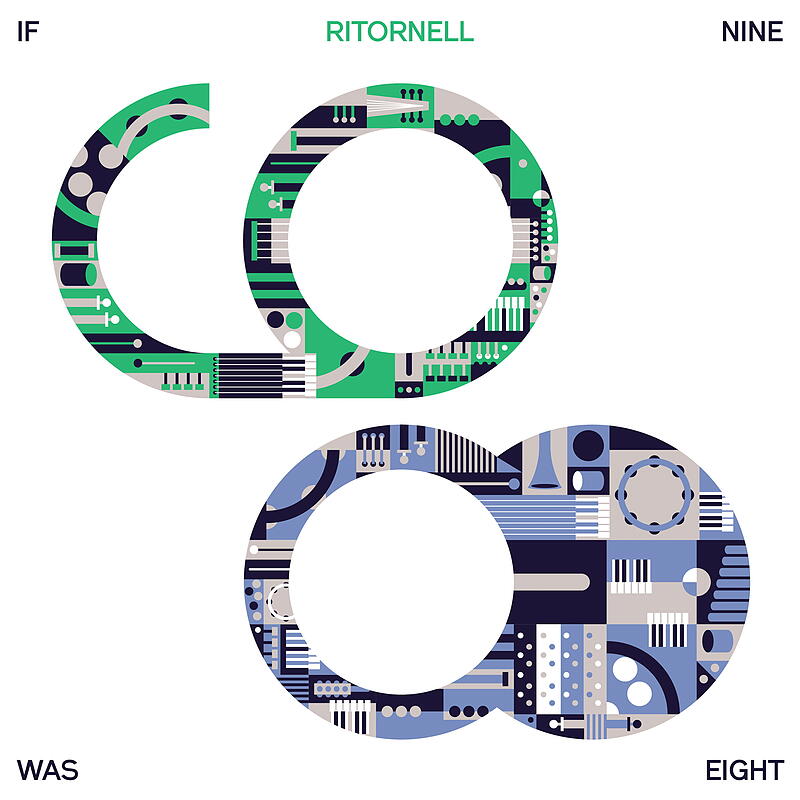 Could everything be different? What if, for example, nine was actually eight? Well then, 'If Nine Was Eight' is the third studio album from Ritornell – following up from 'Golden Solitude' (2009, Karaoke Kalk) and 'Aquarium Eyes' (2013, Karaoke Kalk).

Naturally, nine stays nine, that is not going to change. Gently but firmly, Richard Eigner and Roman Gerold (both born in 1983) do it nonetheless: on 'If Nine Was Eight' they create states of suspension and illusion, which not only blur the lines between pop and art but also between acoustic and electronic sounds. The ambiguous beauty of their music has been compared to a detailed botanical still life: you half expect to see movement among the leaves.

Contrabass flute, cello, piano, Rhodes, these are only some of the ingredients that make up the ten tracks on 'If Nine Was Eight'. On this album, percussionist Eigner and pianist Gerold collaborated again with a number of musicians: Jazz tubist Jon Sass, saxophonist Werner Zangerle, and Swiss avant-garde percussionist Julian Sartorius are among the contributors. Flip Philipp, member of the Wiener Symphoniker, plays marimba and vibraphone. Various flutes are added by Norbert Trawöger, a prolific mediator between old and new music. Mira Lu Kovacs (Schmieds Puls) is responsible for the lyrics of and vocals on the track 'Old People,' and Viennese artist Mimu Merz (Book of Now) is once more a part of the team. In addition, the soulful vocals on the track 'Sleeping Alone' are courtesy of Tobias Koett of the duo Ant Antic.

In Ritornell's protean live performances everything is flexible. Depending on the context, Eigner and Gerold dress their compositions in different guises: dance tunes can morph into planar-cloudy soundscapes and vice versa. Thus they demonstrate that even if nine can never be eight, at least their music is full of possibilities.