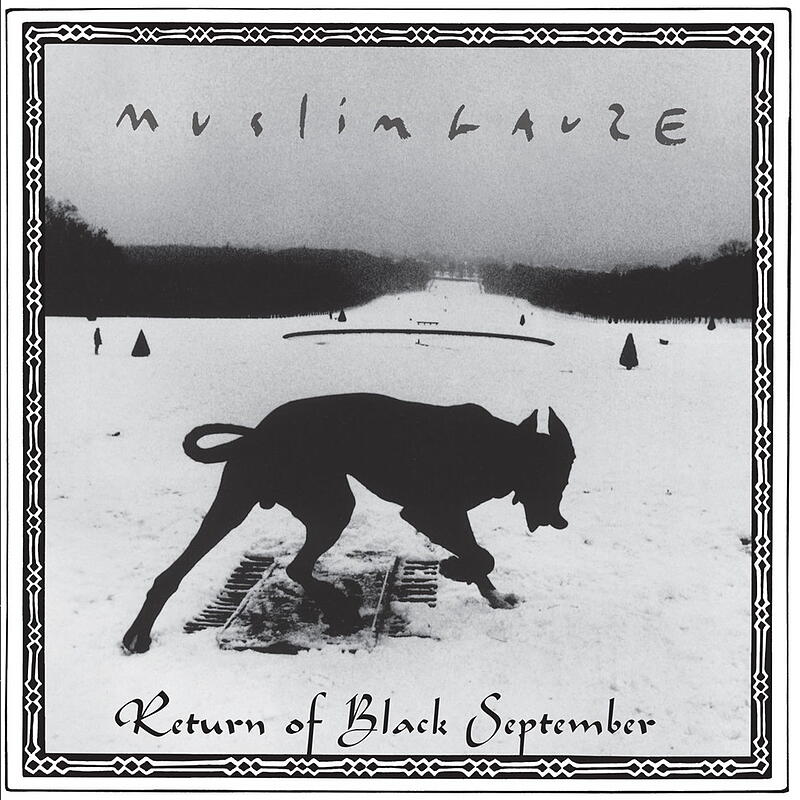 Black September is a continuous, five-part, 68-minute epic, as formidably competent as ever, although more for the brooding, surreal nature of its soundworld than for its grooves, which here sound almost subsidiary. The soul samples and restlessly evolving minor-chord kaleidoscopes that unfold throughout the work is prima facie evidence of a musician on a roll. Named after one of the most notorious Palestinian terrorist organizations, September matches its dark black artwork and design with equally doom-laden music.

The title-track relies on a slightly more gentle ominousness, with soft string-plucking reverberating around the beat, but things start to pick up accordingly with the more aggressive, sharp-edged electronics shading into a tense blend of percussion and energy on "Libya"; after shading away into a more minimal midsection, the track returns at a nervous, quick pace, with drums and drum pads firing off echoes into the mix as drones snake in and out of the song. One particularly gripping section has shards of noise firing off in all directions before settling back into the frazzled energy of the central beat, feeling like a soundtrack to a particularly good chase scene in a movie. "Thuggee" and its accompanying remix keep the unsettled edge up, with sudden drum and electronic pulse intrusions erupting over the main flow of the songs. It's interesting to hear how Bryn Jones' love of dub applies itself in even more creative and different ways than from his productions of some years before, exchanging the slow pace for a fast one and applying Krautrock drone principles.

A nicely stretched-out, creepy remix of Gun Aramaic's "Opiate and Mullah" wraps up this fine effort. This vinyl includes the two Unused Return of Black September Tracks that were on the archive series volume thirty two cd. The two extra tracks, however, follow in taking a much more cleanly digital feel, with many of the elements Jones usually uses present but in more stripped down or even mechanized forms. The relatively clean pulse of these two longer compositions serve as a refreshing contrast.