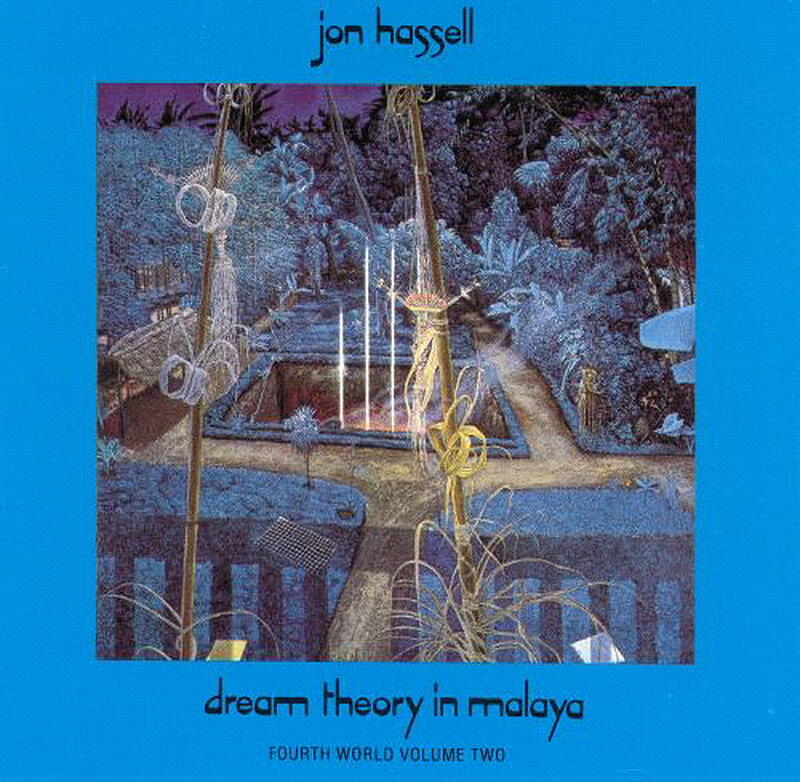 "Fourth World is a viewpoint out of which evolves guidelines for finding balances between accumulated knowledge and the conditions created by new technologies." – Jon Hassell

When speaking of his musical journey — a journey that that spans more than five decades — Jon Hassell recently noted: “without overstating it too much I don’t know who else has had the kind of experience that I’ve had in various kinds of music.” It is very hard to argue with his self- estimation. Hassell’s soundworlds have been varied and bold and their influence on contemporary musics, discernable and ongoing.

A childhood in Memphis; a classical conservatory education studying the trumpet; composition and electronic music study with Stockhausen in Cologne; a passage through the New York minimalist sphere with Terry Riley, Lamonte Young and Phillip Glass; a singular and radicalized approach to the trumpet developed after a mentorship with the Indian vocal master Pandit Pran Nath; collaborative excursions with Eno, The Talking Heads, Peter Gabriel, David Sylvian, Bjork and Ry Cooder; a continuous questioning of the dichotomies between North and South, sacred and sensual, primitive and futurist.

These cross-pollinating influences and pan-cultural musical educations led Hassell to seek sonic solutions outside of the didactics of western music. The result of this search was the gradual development of musical concepts and gestures that he grouped under the umbrella theory: “Fourth World.” In a 1997 interview he describes the genesis of these ideas:

“I wanted the mental and geographical landscapes to be more indeterminate- not Indonesia, not Africa, not this or that...something that could have existed if things were in an imaginary culture, growing up in an imaginary place with this imaginary music...I called it 'coffee-colored classical music of the future'...What would music be like if 'classic' had not been defined as what happened in Central Europe two hundred years ago. What if the world knew Javanese music and Pygmy music and Aborigine music? What would ‘classical music’ sound like then?”

In the late 1970’s in New York, Hassell began to produce a series of astonishing albums where his trumpet explored both non-western modalities and dramatic sound processing (deftly rendered by nascent digital effects like the AMS harmonizer). Brian Eno, who was living New York at the time was thrilled by Hassell’s debut album Vernal Equinox and sought out its creator. Eventually they began an in-depth (and at times contentious) collaboration that resulted in the classic album Fourth World Vol.1: Possible Musics (also reissued by Glitterbeat Records).

While the partnership with Eno surely introduced Hassell’s music to a wider audience, it also left raw feelings and unresolved issues. As Eno charged headlong into “Fourth World”-ish collaborations with a new partner, David Byrne from The Talking Heads (My Life in The Bush of Ghosts / Remain in Light), Hassell began to feel that at best they were heavily borrowing concepts and sounds he had introduced them to, and at worst, that a full-scale appropriation was taking place.

As Hassell undertook the process of recording and finalizing Dream Theory in Malaya: Fourth World Volume Two — the follow-up to Possible Musics — Brian Eno was again present, as both mixer and musician, but this time the album was clearly ascribed to Hassell. The back cover credits leave no room for interpretation or confusion: “All compositions by Jon Hassell. Produced by Jon Hassell.”

An excerpt from the essay Dream Theory in Malaya by Kilton Stewart In the West the thinking we do while asleep usually remains on a muddled, childish, or psychotic level because we do not respond to dreams as socially important and include dreaming in the educative process. This social neglect of the side of man's reflective thinking, when the creative process is most free, seems poor education.

Someplace I ran across an essay called Dream Theory in Malaya by an adventurer-ethnologist named Kilton Stewart describing a "dream tribe"—the Senoi—in Malaya (before it become "Malaysia"). Soon I'm having an affair with the cinematic sound of the word "Malaya" and all that it evokes: exotically-tuned melodies, gongs, birdcalls in the jungle. (Later I'll have a little romance with an exotically-tuned woman from Kuala Lumpur that fills in the rest of the fantasy.) I'm in a different loft in the same building on Park Avenue South, practicing an invented exotic scale on top of a tambura-like drone consisting of a set of sine tones that I've tuned as a guide to keep me on the Indonesian-type tuning that nobody ever tried to play on a trumpet before.

A book called Primitive Peoples had a record inside with little snippets of music recorded around the world by a BBC team accompanying the Queen on her tour of the Commonwealth and one of them is this beautiful watersplash rhythm with giggling children and birds from a tribe—the Semelai—which, on my map, doesn't look too far away from the Senoi so l built a rather elaborate musical form by cutting and pasting a few selected bars of this, and that became the basis for “Malay”, the centerpiece of the record.

I had heard from Brian about a couple of enterprising and talented brothers, Bob and Daniel Lanois who had set up a nice studio in a house on Grant Ave., in Hamilton, not far from Toronto, who were offering exceptional rates and I decided to make this record there, commuting from Michael Brook's house in Toronto with my dog, Beeper. Michael was helping to coordinate the recording and I'd do sketches in his basement studio then drive to Hamilton where Brian was hanging out at chez Lanois and start to put things down on multitrack.

The opening track —“Chor Moiré” — is a fanfare of trumpets, looped and live, which suggest a kind of musical "moiré" patterning. Walter DeMaria (who was not only a groundbreaking artist but also the first drummer with the Velvet Underground ) came up to Canada for the studio fun and I swear he's there doing "distant drums" someplace within Brian's quasi-Polynesian drumming marking the ceremonial gait of the mass trumpets of “Courage” (named not only for the obvious but also a reference to the name of the lowest string on the tambura) which then reprise in the next track, transformed into the magical, dub-like atmosphere of “Dream Theory.”

Brian is probably under-credited on this record—maybe a reactionary move on my part to reaffirm an independent identity after the experience of finding Possible Musics—my music—in the "Eno" bin in record stores. Anyway, I gave him the trumpet solo on “These Times...” which he worked into the texture of his record, On Land. An effervescent Chinese girl and a hot, undercover summer in New York lead to the multileveled title, “Gift of Fire”: I'm thinking of her, I'm thinking of the fire pit in the cover painting, I'm thinking of that moment in the history of Homo Sapiens.

Certainly the last few years, have brought increased attention to Hassell’s music from both listeners and fellow sound explorers. Touted, younger electronic artists like Visible Cloaks, name check both his sound experiments and his “Fourth World” theorizing. Jazz trumpeters like Arve Henriksen and Nils Petter Molvaer have investigated the textural and dimensional opportunities that Hassell first introduced to their shared instrument. And for the first time in many years, Hassell’s music is being consistently reissued and included on compilations, such as the illuminating — Miracle Steps: Music From The Fourth World 1983-2017 — which was released on the Optimo label earlier this year.

One reason for this continued fascination with Hassell’s music, is that most of his output still feels as though it is unstamped by time, fashion or genre specificity. When listening to Dream Theory in Malaya: Fourth World Volume Two, one is deeply struck by how contemporary or even “futuristic” it still sounds. The stuttering glitches of the opening track “Chor Moiré” are cooly confrontational. The scratchy, layered drones of “Dream Theory” are both haunted and indeterminate. The mixing of acoustic sounds and electronics, technological motifs and field recordings has been revisited and reimagined many times in the 36 years since this album came out, but rarely with such unsparing intelligence and technicolor sensuality. This music still beguiles and still beckons with untapped possibilities and strategies.

And there could very well be another compelling reason for the resurgence of interest in both Hassell’s music and his “Fourth World” theorizing. Brian Eno suggests that there is a much needed political and cultural corrective to be found inside Hassell’s shimmering soundworlds:

“Jon Hassell invented the term “Fourth World” both to describe his music and as a general term applicable to other global-minded work. This evokes the optimistic notion of a trans-cultural harmony beyond the divisions and competitiveness we are now part of, and preparing us how to deal with it joyfully rather than defensively. I am reminded of Thomas Mann’s statement: ‘Art is to the community as the dream is to the individual.’ Hopefully Jon Hassell’s dream will prove to be prophetic.”

In these times of fortified borders (both physical and theoretical), the music of Jon Hassell charts an oppositional path. It seeks to float above and beyond imposed orthodoxies and cultural limitations. A new theory of dreams. A transformative, fecund and possible music.