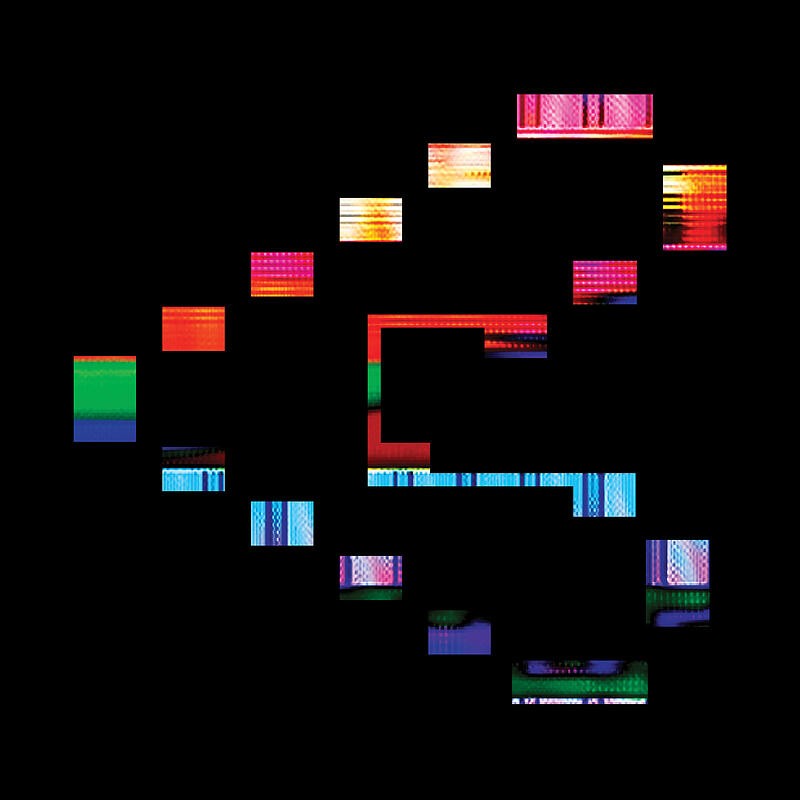 With this new album, Tom Jenkinson (Squarepusher) has returned to using a bewildering array of vintage analogue and digital hardware, the same equipment that first helped him develop his sound in the early '90s. Something of a 180 degree turn, these synths, effects units and even a Commodore Vic20 are in complete contrast to the tools he used to create 2015’s Damogen Furies - cutting edge software that Tom developed over the course of 15 years. The result is Be Up A Hello, an album that is celebratory with rinsing breakbeat tracks such as Nervelevers and Terminal Slam - classic floor fillers - as well pieces loaded with visceral atmosphere and melody in Squarepusher’s inimitable style. Darker moments such as Vortrack and Mekrev Bass illustrate Tom's continuing fascination with finely balanced psychological overload. As such, Be Up A Hello gives a nod to the mayhem, joyousness and abandon of the DIY Essex rave scene that was a strong determinant in Tom's work.

Like the mood of the record, the approach to making the album was fast moving and spontaneous; the nature of the analogue equipment requires many parameters to be finely tuned to generate a given set of sounds, making it difficult to revisit tracks to improve mixes and adjust timbres. Consequently, the music was written in the mode of a diary - pieces were finalised and recorded in a single take, after which Tom moved straight onto the next piece. This attitude to music making was also influenced by the scene the album celebrates - a straightforwardness to music making and putting on gigs.

In stepping away from the Squarepusher moniker these last few years and exploring new territory (such as forming the band Shobaleader One to reinterpret an array of classic Squarepusher tracks, scoring music for a 1 hour CBeebies show and making the album All Night Chroma - a series of compositions recorded on the Royal Festival Hall organ), a renewed perspective emerged and it was applied when reconsidering this old equipment. Therefore, despite returning to hardware he used 25 years ago, Tom is still innovatively exploring new sounds and textures within it. As he himself commented “whilst analogue sounds can be cliched, if you look at the processes that generate them analytically, there are still ways you can create new sonic palates.”