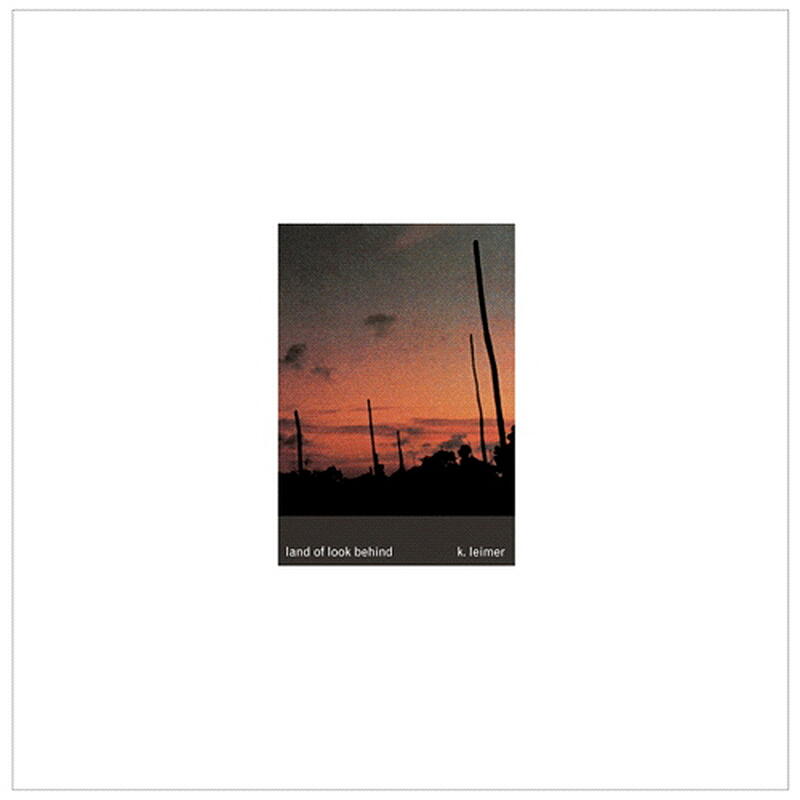 The Land of Look Behind soundtrack returns to vinyl in a remastered and expanded edition that includes a download of three previously unheard and unreleased tracks from the original sessions. Alan Greenberg, who wrote and directed this film documenting the funeral of Bob Marley, provided K. Leimer with location tapes which were used to originate many of the rhythmic patterns for Land of Look Behind. Loops of the monologues and phrases that exhibited more distinctive cadences and pacing, the words, glottal stops, clicks and coughs of witnesses were used as cues for the percussion instruments. In effect, speech became the organizing principle of the musical score. By eliminating the accuracy of click tracks, musicians were prompted to rove through the inconsistent intervals of the voice-derived patterns. Also included is a four-page insert featuring an essay by Paul Dickow.

K. Leimer founded Palace of Lights in 1979. Leimer’s early work has recently been reissued by Autumn and RVNG, and his early cassette work is in the critically acclaimed VOD box set American Cassette Culture. Leimer has been actively producing music since the mid 1970s — his current catalog includes seventeen albums plus two collaborative albums with Marc Barreca.

Leimer’s work is included in the collection of The British Library.