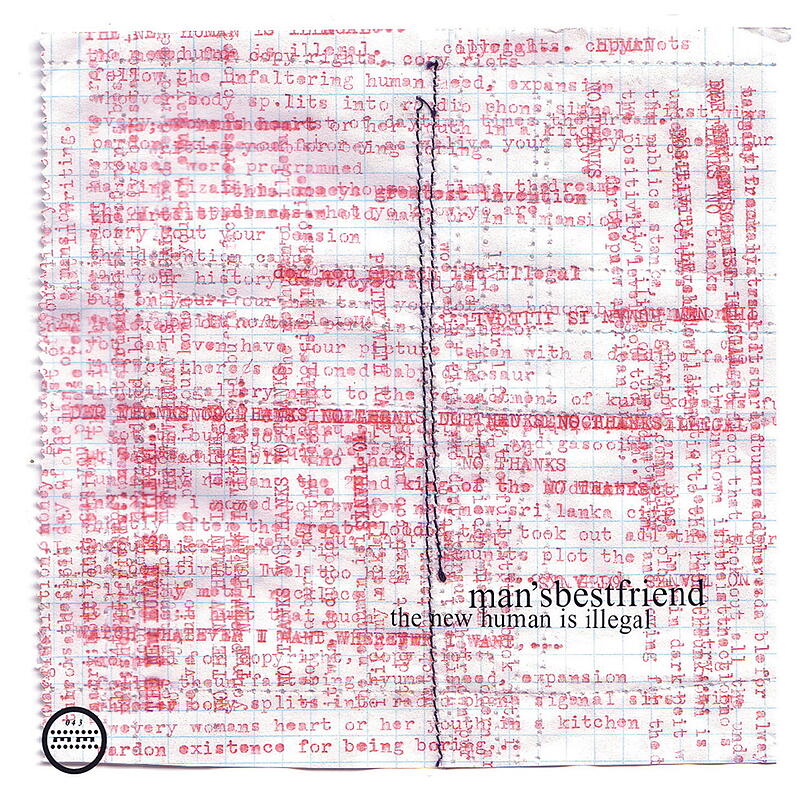 Sole has been independently releasing hiphop music since 1994. Despite a cold industry reception, he has sold over 15,000 copies of each of his major releases "Bottle Of Humans" and "Selling Live Water," and recieved countless accolades from magazines like Spin and Rolling Stone, down to indy-websites and punk fanzines. Sole has garnered a mass cult following worldwide completely grassroots over the past five years via extensive touring, recording, guerilla marketing, and brutal honesty. Till now sole has stuck to rapping and hasn't released any of his own production. This is about to change with Man'sbestfriend, the first record Sole has done on a label outside of anticon since "Bottle Of Humans" dropped. His crusade against conformity has led him to ally with his friends at Morr Music, who share the same philosophy, approach and DIY ethics. Man'sbestfriend is the impulsive and self indulgent side of sole running shitty guitars through broken reel to reels, rusted keyboards, overcompressed radioshack mics, recorded on an old adat and some on laptop. Most beats have been constructed on a dr sampler then further chopped up on the computer. The lyrics have been written out the window on various tours in alien places, some songs have been freestyled. Originally released as a limited tour cd, "The New Human Is Illegal" has now been re-visited with additional tracks. All songs are not supposed to sound clean, poppy, or to play like the new "indy hip-hop" smash hit. The music was made purely for fun with an "experimental" spirit, with additional music and assistance from Odd Nosdam, Jel, and Telephone Jim Jesus. The lyrics on "The New Human Is Illegal" come from dreams, quotes from people, reading too much, occasionally responding to so called critics, and a basic frustration with how anti-human the world has become. Songs like "How To Be Rich'n'Powerful", "Little Bank Anthem", "Poor Is Cool" and "The Devil's A Traveling Man" are oded to poverty and the artistic struggle. Songs like "Dream About Afghanistan Or Oakland" and Dream I Had On 25th Birthday" are detailed accounts of various dreams touching on war, love, and growing old. Songs like "Be happy", "Attack Russia", "Form Prime Matter" and "Numb" could be considered anti-imperialist, anti-war, or anti-capitalist, but they're more just attempts at trying to sort through religion, media, war, america and beyond, and the ignorance that keeps it propped up. A good understanding of "The New Human Is Illegal" might require multiple listens. All these songs touch a ton of subjects that aren't necessarily implied by the titles or one line attempts at summing up a record for the purpose of easy press quotables.