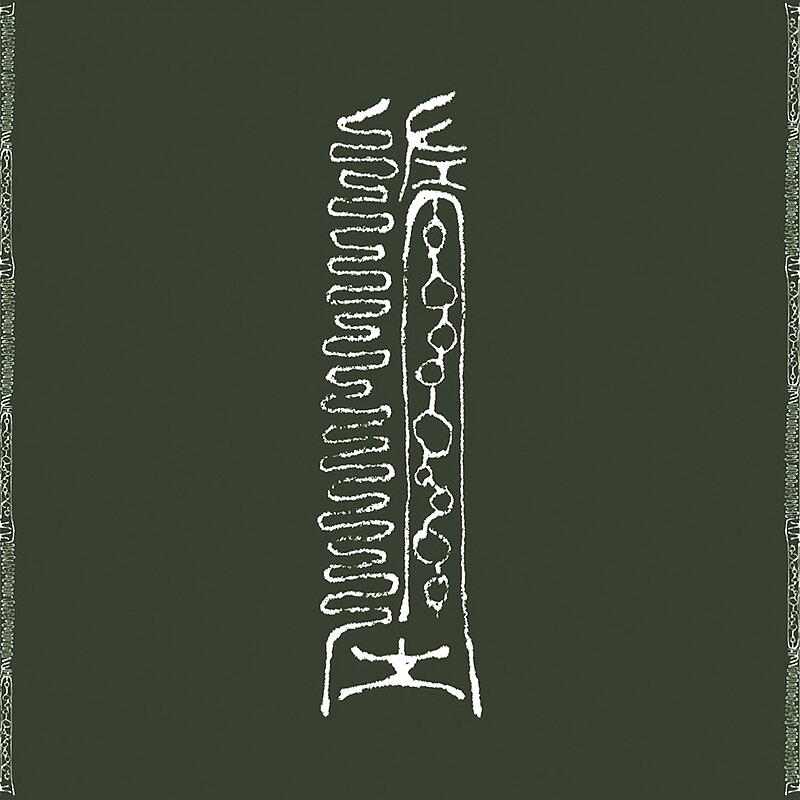 Before becoming disciple to the Buddhist pilgrim Xuanzang in the novel Journey to the West, Sha Wùjìng was cast out of heaven, exiled to earth, and transformed into the river monster Wujing, one of the thirteen thousand monsters in the River of Flowing Sand, plagued by philosophical questions and doubts: “I am a fool.” “Why am I like this?” “I am a failed celestial being.”

Empty Editions presents Failed Celestial Creatures, an unexpected collaboration between composer-guitarist David Grubbs (Gastr Del Sol, The Red Krayola) and Tokyo-based musician Taku Unami. Primarily recorded in Kyoto, the album takes inspiration from the duo’s shared musical and literary influences, emerging just as much from their improvisatory explorations as from an eclectic reading list exchanged prior to the recording sessions. The album’s narrative inclinations are rooted in both artists’ previous experiments with the complex reciprocity between sound and text, including Grubbs' work with the poet Susan Howe and Unami’s collaborations with writers such as Eugene Thacker and Evan Calder Williams. Failed Celestial Creatures draws in particular upon a group of short stories by the short-lived Japanese author Atsushi Nakajima (1909-42) - perhaps best known for inflecting Classical Chinese folktales with a modernist vein of absurdist and existential foreboding - as the imaginary backdrop for its set of guitar-based instrumental explorations.

In Nakajima’s “The Moon Over The Mountain,” a mad-poet metamorphosed into a hybrid-tiger recites poetry with an obscure defect, while “The Rebirth of Wujing” sees the titular river monster self-identifying as a “failed celestial being”. The cryptic collapse read in both of these episodes resonates with Unami’s research into the etymology of the chinese character, meaning “to fail” in modern usage, but historically understood as referencing “sacred meat from the altar fallen on the ground.” Such a primordial scene evokes the violation of the sacred as a tacit aspect of ritual... This failure of ritual, always a condition (and perhaps even a technique) for musicians of Grubbs’ and Unami’s ilk, can be broadly understood as the primary point of departure for Failed Celestial Creatures. Situated within this affective terrain, the album’s title-track consists of a side-long progression of dirge-like riffs enveloped by clouds of vaporous electronics - eventually erupting into unruly squalls of feedback as Unami joins Grubbs on electric guitar. The B-side features a cluster of luminous guitar duets which are beguiling in their seeming effortlessness and simplicity. Threadbare and fallen, Grubbs and Unami invoke the failed ritual, the spilling at the altar, always suggested at the precipice of sonic emergence.

The release was recorded by Taku Unami at Soto, Kyoto, August 7th and 9th, 2017 and mastered by Rashad Becker at D&M. All music by David Grubbs and Taku Unami, published by Gastr Virgo Music (BMI). The LP is produced in an edition of 500 on 180 gram vinyl.

David Grubbs is Professor of Music at Brooklyn College and The Graduate Center, CUNY. At Brooklyn College he also teaches in the MFA programs in Performance and Interactive Media Arts (PIMA) and Creative Writing. Grubbs has released fourteen solo albums and appeared on more than 190 releases, the most recent of which is Creep Mission (Blue Chopsticks, 2017). He is the author of Now that the audience is assembled and Records Ruin the Landscape: John Cage, the Sixties, and Sound Recording (both Duke University Press). Grubbs was a member of the groups Gastr del Sol, Bastro, and Squirrel Bait, and has performed with the Red Krayola, Will Oldham, Tony Conrad, Pauline Oliveros, and Loren Connors, and many others. His ongoing collaborations include projects with visual artists Anthony McCall and Angela Bulloch as well as with poet Susan Howe. Grubbs is a grant recipient in music/sound from the Foundation for Contemporary Arts and director of the Blue Chopsticks record label.

Taku Unami is a performer of multi-instrumental, improvised, and unclassifiable (non-)music. Influenced by cosmic-pessimism, science-fiction, supernatural-horror, and weird-fiction, his work involves the myriad playing of string instruments, piano, synthesizers, recording hardware and software, and “obfuscated everyday, non-musical objects.” He was bandleader and guitarist of depressive easy-listening group HOSE (discontinued), is a member of HONTATEDORI (with Moé Kamura and Tetuzi Akiyama), and has active collaborations with Klaus Filip, Jean-Luc Guionnet, Kazushige Kinoshita, Eric La Casa, Radu Malfatti, Norimizu Ameya, amongst others. Unami has composed for film, including 'Lost My Way' (directed by Takeshi Furusawa) and 'In 1,000,000 years' (directed by Isao Okishima). He has performed in Asia, Europe, the Middle East, and the United States and has released more than 30 records, both solo and in numerous groups and collaborations, for labels such as Erstwhile Records, Enban, map, and others. Recent publications include Species Pluralis with Jarrod Fowler (No Schools Recordings 2016), The Whistler with Graham Lambkin (Erstwhile Records 2017), zymology with Sam Sfirri (Hibari Music 2017), cloud of unknowing (Tenseless Music 2018). Unami also runs the influential experimental music record label and distributor Hibari Music.