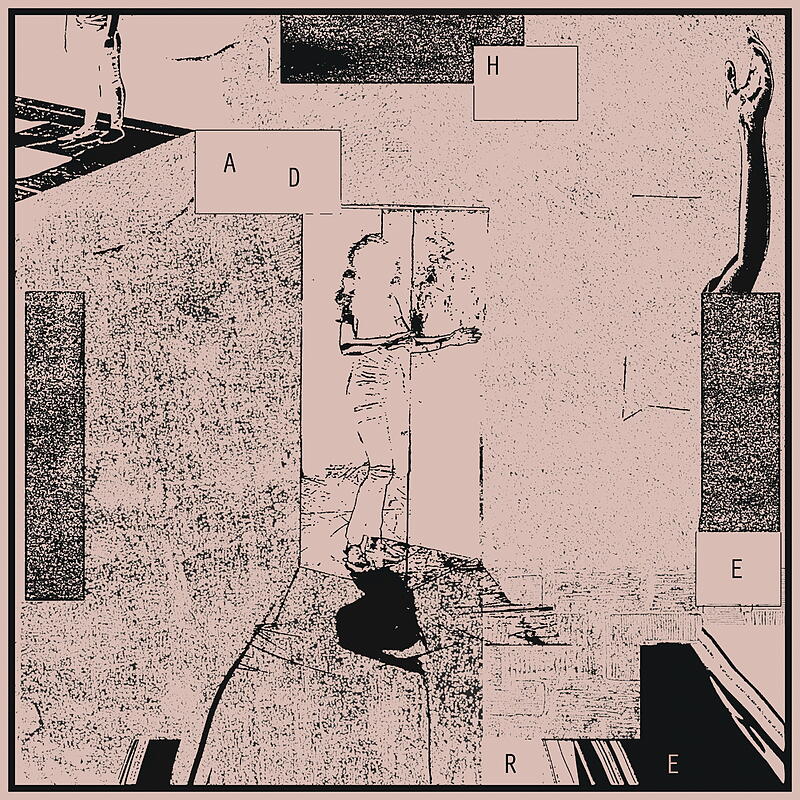 When legendary noise duo Yellow Swans dissolved just prior to releasing ‘Going Places’, it left in its wake two musicians with very distinct but very different voices. Pete Swanson’s post-YS technoid experimentations have been well documented, but that still leaves Gabriel Saloman, who after leaving the group buried himself headfirst in sounds and images that were possibly even further away from his comfort zone. ‘Adhere’ is Saloman’s first ‘proper’ album, and finds him stripping away the blood, sweat and tears of his old band and revealing a rich seam of ominous restraint. Delicately picked strings, piano and hocking woodblock percussion are drowned in reverb and drawn out in cold anguish giving a cracked, minimalist mirror to the work of fellow Miasmah alums Kreng or Elegi. A softly spoken record, while ‘Adhere’ pushes away Saloman’s noise history, none of his well-documented intensity is discarded and lost. Instead the blistering punk nihilism is allowed to simmer and boil over in different ways, and the occasional moments of post-Cocteau Twins shimmering bliss we could just about make out on ‘Going Places’ are now given a chance to shine in all their glory. ‘Adhere’ is a surprising, challenging and perfectly paced album, and fits into its very own niche, ushering in a new generation of listeners to Saloman’s distorted, hazy vision.