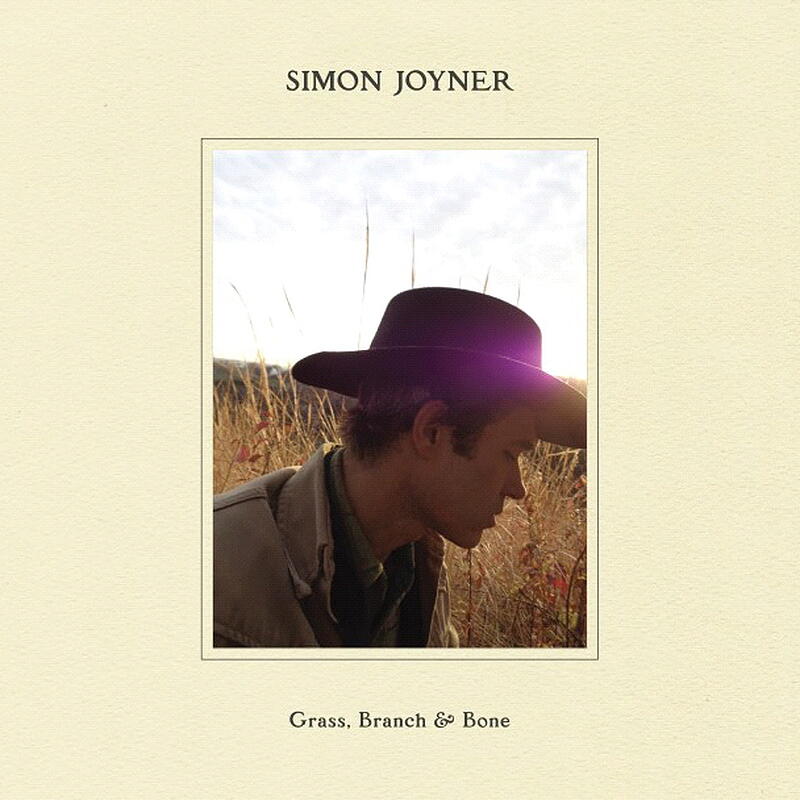 Renowned American singer-songwriter Simon Joyner first came to prominence during the lo-fi movement of the early ’90s alongside contemporaries like Will Oldham, Peter Jefferies, the Mountain Goats, Smog and Alastair Galbraith. Joyner was championed early on by the late British DJ John Peel, who famously played Joyner’s 1994 LP, The Cowardly Traveller Pays His Toll, start to finish on one of his BBC programs, making Joyner more well known overseas than in his own country. Considered a forefather of the Omaha music scene, he’s released critically acclaimed albums on various independent labels every few years for over two decades. He keeps a low profile and tours only occasionally, spending most of his time working and raising a family, allowing writing and music to remain an artistic outlet rather than an occupation.Grass, Branch & Bone is Joyner’s thirteenth proper album and a sonic departure from 2012’s Ghosts. While that record was a double-disc collection of dark, dissonant songs confronting death and loss in the vein of Neil Young’s Tonight’s the Night, this new one is sparse by comparison, running with the likes of other singer-songwriter outcast aftermath albums like Dylan’s John Wesley Harding, Gene Clark’s White Light, David Blue’s Stories, Jerry Jeff Walker’s Five Years Gone, Townes Van Zandt’s Our Mother the Mountain and Cohen’s Recent Songs. It’s a natural progression—after a funeral, one takes stock and reflect upon his or her own life. Grass, Branch & Bone is a song-cycle of short stories about time and memory, full of people the listener has known and even may have been.