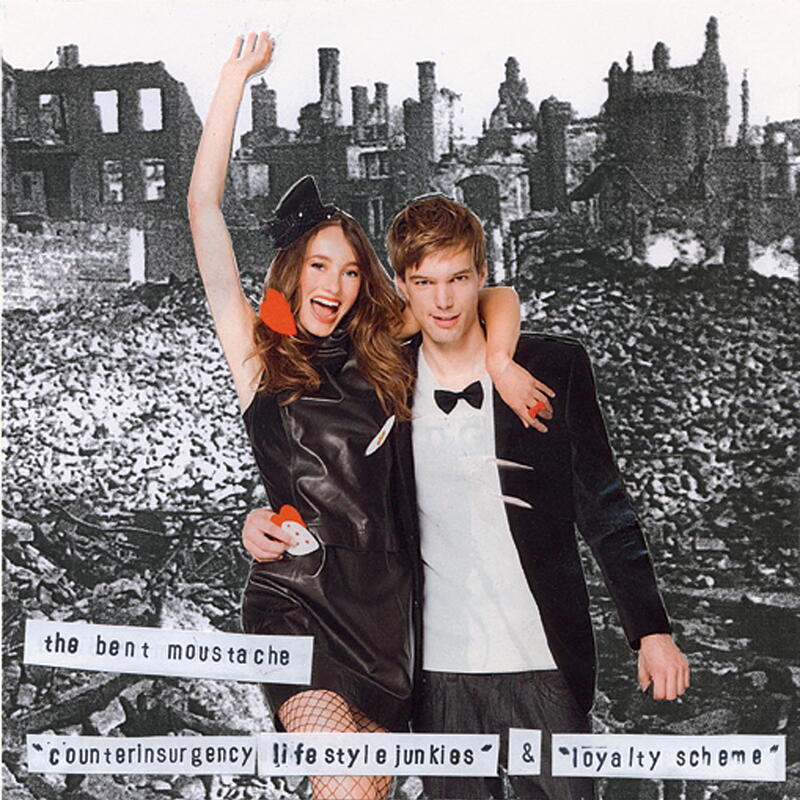 The Bent Moustache are a 4 piece based in Krommenie / Amsterdam and are Holland's finest exponents of pop/noise dynamics. Their new single has 2 contrasting songs that fully explore their wide musical capabilities and talents. "counterinsurgencylifestylejunkies" features Johannes v/d Weert (Rondos / The Ex) on vocals. A sharp acerbic examination of the new loadsa money generation who know no crisis backed by a punk as fuck soundtrack that recalls the might and magic of PIL, Gang Of Four, Crass and Aphex Twin all rolled into one song! "Loyalty Scheme" is a live favourite in the TBM canon and has made it to vinyl! It features Guggy (Seabear) on violin. An aural autopsy of the grotesque lives lead by the white sneaker brigade and the all talk but no action would be subversives. Icelandic employers are not excused. Think The Fall sharing a pint with The Albion Band. The band has been playing shows all over the world. As well as countless European tours, TBM were openers to "Sebadoh" for an 8 week USA jaunt. In January 2010, the band completed a hugely successful UK tour...including 2 sold out shows in Glasgow and London. John Robb, author of books such as "Death To Trad Rock" and "Punk Rock", and lead player in brilliant band "The Membranes" wrote of them: "The Bent Moustache were brilliant in Manchester. Tough, quirky, twisted death to trad rock snarl ups! driven by a classic heavy bass, some great drumming and two interlocking scratching guits the band were a revelation..." Enough said guv'nor.....now buy this brilliant single! Strictly limited to 500 edition....hand scrawled