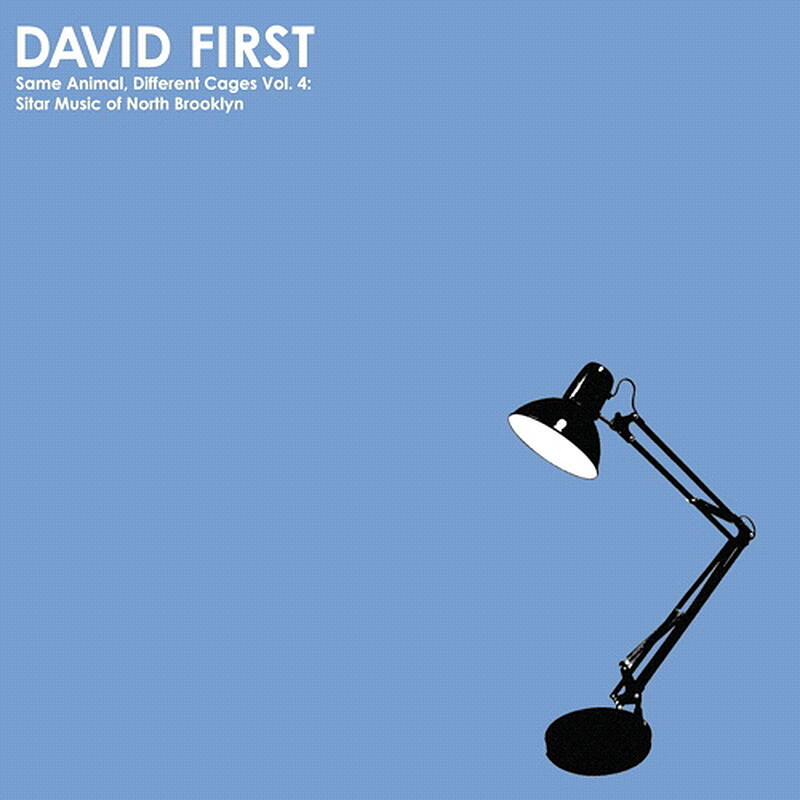 Sitar Music of North Brooklyn, the fourth volume in American composer David First’s “Same Animal, Different Cages” series, is perhaps one of his strongest musical statements since he radically re-invented how to approach the acoustic guitar in volume one. While First’s sitar improvisations are engrossing and pleasurable to hear, easy listening they are not. This is First challenging himself and challenging you, the listener, to grapple with his unorthodox and experimental approach to this Hindustani instrument. Popularized in the West by Ravi Shankar and its incorporation into western rock and pop music by The Beatles and The Rolling Stones, the sitar can still be heard in some jazz, new age and psychedelic music. However, it is rarely featured in modern experimental music, where composers rely heavily on synthesizers and classical western instruments.