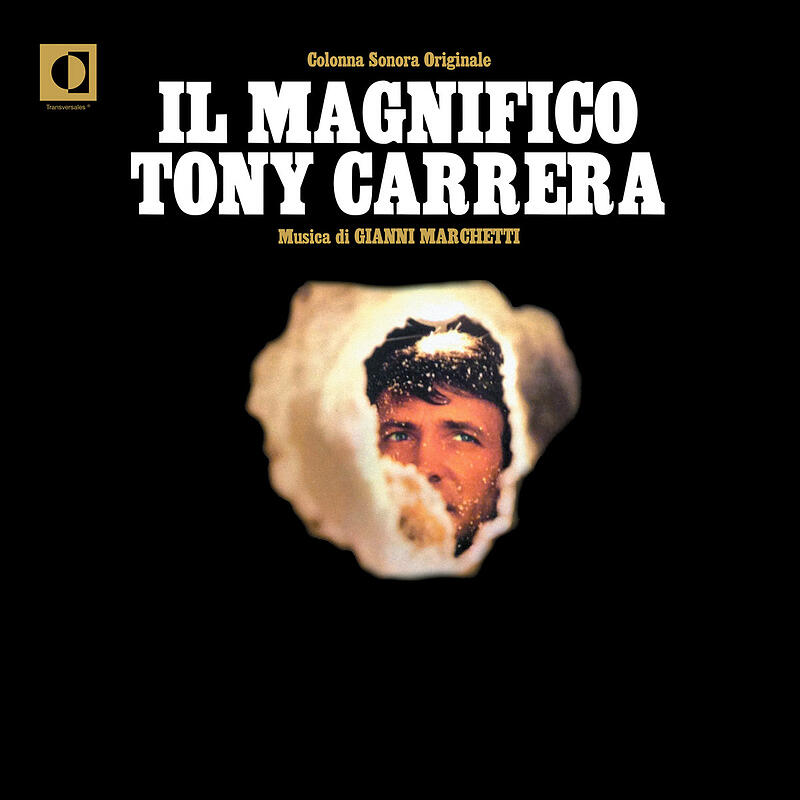 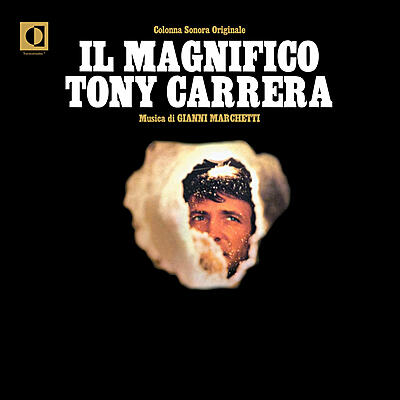 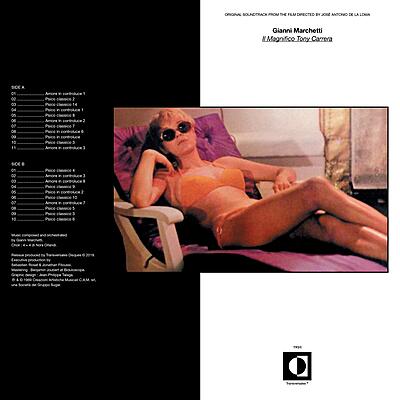 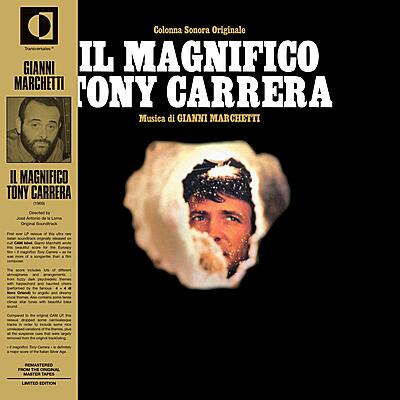 First ever LP reissue of this ultra rare italian soundtrack originaly released on cult CAM label. Gianni Marchetti wrote this beautiful score for the Eurospy film "Il Magnifico Tony Carrera" as he was more of a songwritter than a film composer.

Compared to the original CAM LP, this reissue dropped some uninteresting carnivalesque tracks in order to include some nice unreleased variations of the themes, plus all the suspense cues that were largely removed from the original tracklisting.