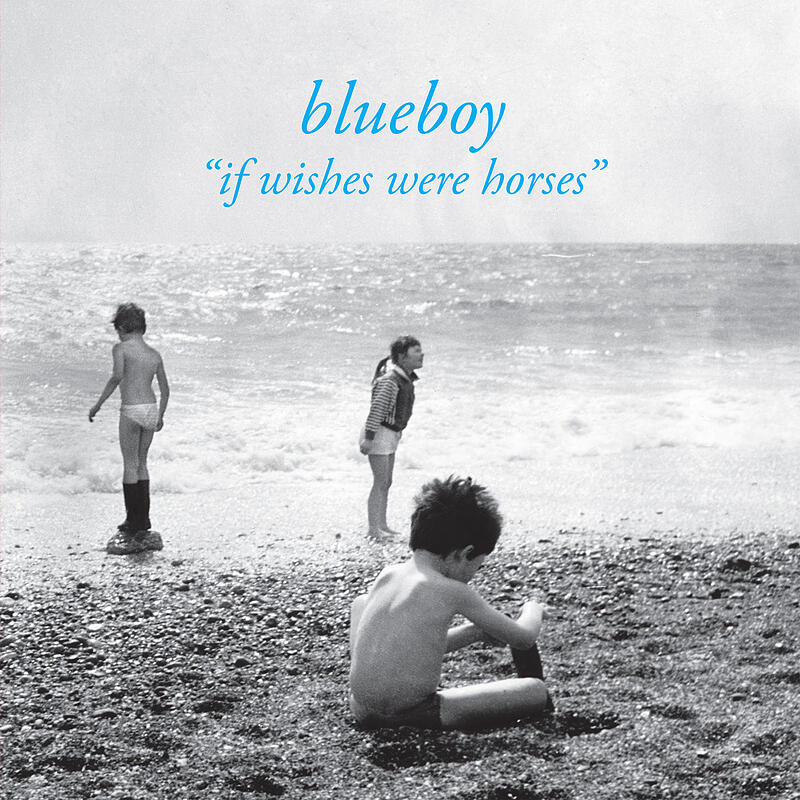 Artist
Blueboy[1]
Label
A Colourful Storm[8]
Genre
Indie / Pop
Blueboy
If Wishes Were Horses
A Colourful Storm
/
2019
LP
€21.49
ACOLOUR013
Incl. VAT plus shipping / Orders from outside the EU are exempt from VAT

A Colourful Storm presents the first ever vinyl reissue of Blueboy’s superlative debut album, If Wishes Were Horses. Recorded in 1992 for Sarah Records following two 7” releases (Clearer and Popkiss), this touchstone of indie-pop and DIY - the first featuring the trio of Keith Girdler, Paul Stewart and Gemma Townley - is an unbelievably accomplished recording by a then-fledging band who have earned a dedicated following over the last two decades.

Formed in Reading, UK, by the duo of Girdler and Stewart following their short-lived project Isolation (‘we did our one and only gig in this church hall… I think we split up that night as well’) and Feverfew (1987-1991), Blueboy appeared on the Sarah Records roster during a remarkably fertile period in which records by Heavenly, The Wake, The Orchids, Brighter, The Hit Parade and The Field Mice were released in the same year. Following a series of singles and two further albums (Unisex, 1994; The Bank of England, 1998), Girdler and Stewart recorded as the bossanova-influenced outfit Beaumont and also released two singles under the name of Arabesque for Spanish label Siesta. In the early 2000s, Girdler played in Lovejoy and The Snowdrops, two outfits fronted by Richard Preece, before being diagnosed with cancer and shifting his focus away from music. Girdler passed away on May 15, 2007.

Emerging as a bold step from the band’s first two singles, If Wishes Were Horses embodies a level of songwriting, production and lyricism at once delicate and beautifully lucid. Sometimes confessional and at other times austere, the make-up and seemingly effortless delivery of the songs are ultimately indebted to the ingenious dialogue between Townley’s cello, Stewart’s guitar and Girdler’s voice - beautiful, tender and wistful… one which you could listen to all day and are certain of the affability of its deliverer. On ’Clear Skies’, a swaying bossa rhythm showcases Townley’s soaring, empyreal voice to brilliant effect, while ‘Sea Horses’ and ‘Happiness and Smiles’, heart-breaking yet life-affirming, bestow a melancholic isolation from the storms raging in the outside world.

Don’t sigh, don’t cry… there’s more to me than you think.