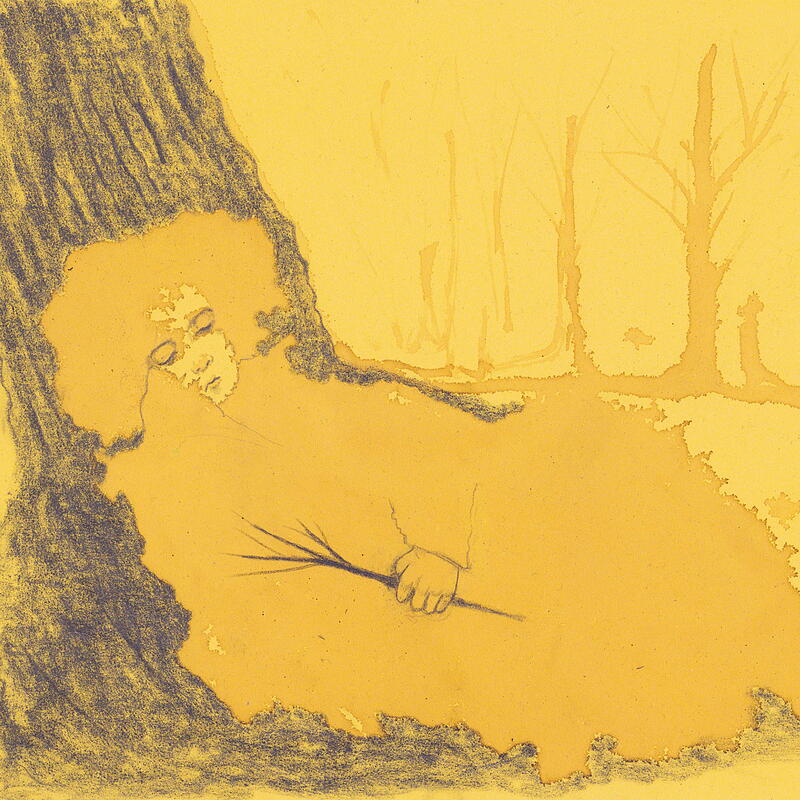 Black Truffle is pleased to announce the release of Australian composer-performer James Rushford’s The Body’s Night. Known to many through his collaborative works with Oren Ambarchi, crys cole, Kassel Jaeger, Klaus Lang, Joe Talia and many others, this LP is Rushford’s first solo release in a decade and the very first he has composed, performed and recorded entirely alone. Primarily recorded in Los Angeles in 2017, The Body’s Night is a single electro-acoustic suite stretching over thirty minutes, utilising field recordings, flutes, ocarina, microphones, organ, percussion, piano, tape, analogue synthesizers, viola and voice. True to its title, the record immediately ushers into a nocturnal, intimate, claustrophobic space where the hyper-amplified rustle of clothing and vocal mumbles are shadowed by uneasy synth tones, fluttering white noise and distant filigrees of ultra-high-pitched tones at the edges of aural perception. While the influence of contemporary composers such as Klaus Lang and Jakob Ullmann (both of whose music Rushford has performed extensively) makes itself felt in the music’s attention to the liminal space between sounds, Rushford also draws on the bedroom synth explorations of 80s acts like DDAA and the harmonies and production values of black metal, drawing a common thread between these influences in terms of their shared interest in atmosphere and deliberate retreat from perspicuity. Relief from this claustrophobic atmosphere comes through the episodic structure of the piece, where like an already dark shot fading to black, each sequence retreats from our ears before we feel we have properly grasped it. Rushford uses classical electro-acoustic techniques and plays elegantly on the fundamental ambiguity of the acousmatic situation, in which we can never be sure of the source of the sound we are hearing. But rather than a tribute to the masterworks of musique concrete, this is defiantly idiosyncratic and personal music. Meticulous in production values and exploratory in timbre, tonality and form, The Body’s Night is a key work from one of the most singular young composers at work today.