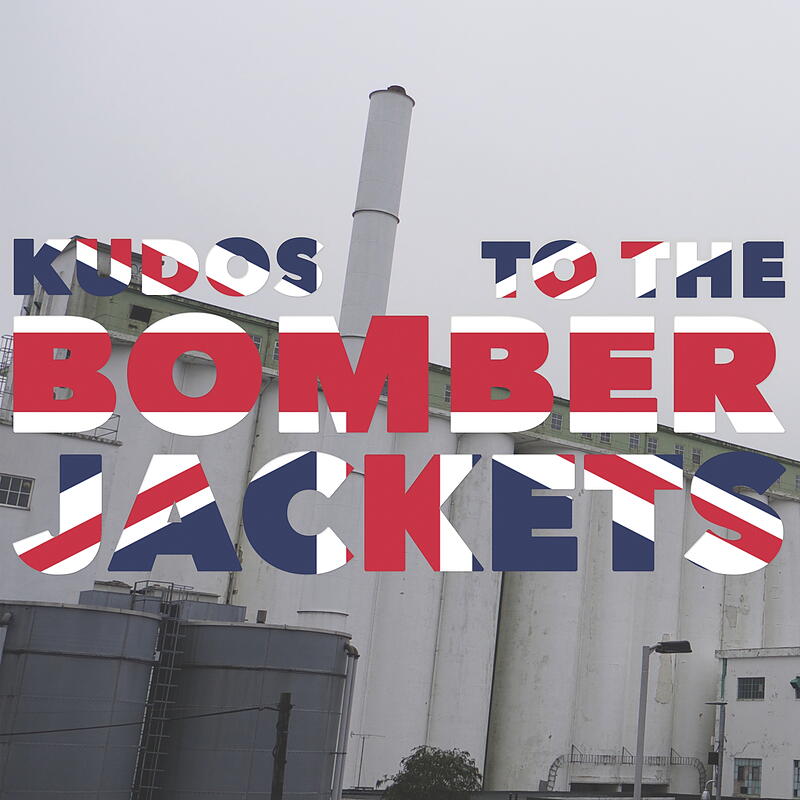 Following the stop-start formation that plagued the group's early days, the three-piece of Russell Walker, Daniel Bolger, and Sian Dorrer remain intact. Both Walker and Bolger will be familiar from the ticklish post-punk of The Pheromoans, whilst Dorrer has a varied CV with groups such as Plug, and Ravioli Me Away, and with involvement across London DIY nodes.

At times they give it a bit of a desaturated garage bump, other times there's the throb of marching mono-synth wave. 'Deranged Sauce Mum' comes off as a chopped and screwed hardcore, though with Walker's vocals it's less gurning glee and more furrowed brow, it should be said. There are very many disparate elements across 'Kudos To The Bomber Jackets' that come to give the new album a kind of uneasy grace, which is perhaps the groups singular force, the unchaining of an ingenious familiarity that's dizzyingly bizarre and equally bleak.

Lyrically and musically their new album contains the traces of many surfaces both interior and exterior. Its dream-like qualities are formed through a kind of musical frottage, always preserving the trace of the hand, arriving at its surreal heights through fidgety non-sequiturs of an aesthetically acerbic persuasion. In this way it never quite replicates anything that you feel to be present in its parts. 'Kudos To The Bomber Jackets' indexes petty despondency for better days, imagining some unforeseen and unremarkable circumstance that makes up for it all.

Welwyn Garden City's former shredded wheat factory is on the cover. Redevelopment plans for the site are in progress.