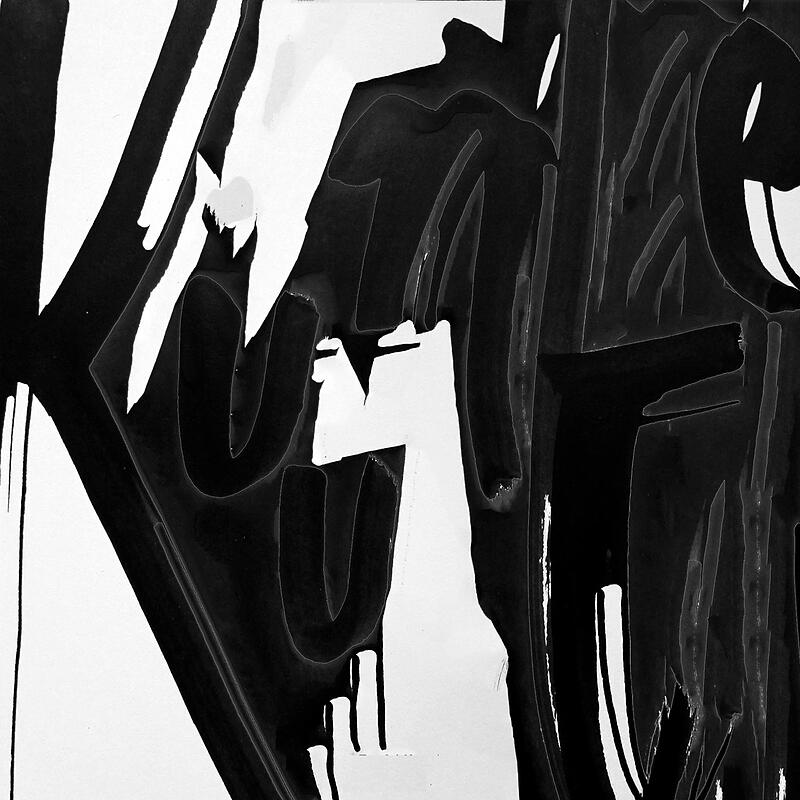 With the CD "Kuuntele" poemproducer AGF (Antye Greie-Ripatti) interprets poetry of her new homeland Finland with a few well chosen examples. Her method is the same as in her former CD Gedichterbe (2011) for which she just received and Honorary Mention at Ars Electronica in 2013 in Digital Music & Sound Art. Poems are always the starting point for the music. Schubert and Schumann followed the path of their poets' expressions, they sewed a costume for the poem, where figures of the body could be identified. Languages, in this case Finnish and English can be transcended: as auditive material there is no great difference between them, as meaning is diminishing as a rear canvas… These poems are keenly connected to music, voices and their sensorial prerequisite: hearing. The whole is acoustic and electronic." In this collection AGF has chosen examples of Finnish poetry during 327 years beginning from "An orphan child's lament" by Maria Simointytär (1683) and followed by Kalevala's second edition 1849. The creating hero Väinämöinen suits the poetic beginning: he is a Demiurg, creator of land and trees, who arises from the water. Among the chosen poets on the CD is the Saami multi-artist Nils-Aslak "Ailu" Valkeapää (1943–2001), who … for his picture book Sun, my Father (original in Saami language 1988) received the Nordic council's literary price in 1991, as the only Saami writer so far. Nowadays it is called the Saami national epos. Out of 13 pieces of music eight poems come from female, six from male writers. Two of these texts have inspired AGF to give a pure instrumental interpretation. There is no need for words, fog and sounds are enough: Paavo Haavikko ("How To Address The Fog") and Tove Jansson's "Who Will Comfort Toffle?". Jansson is mother of the Moomin family and world. Another Swedish Finnish writer is Solveig von Schoultz (1907–1996). AGF transfers her poem "The Birds" into the sound poem "Diamantenstimmen" which refers to the most important thing, the weaving of love and issues crystallised into hardiest stone, a diamond. The tradition of the Kalevala can be heard in the selection of texts. Eino Leino (1878–1926) is the most important poet. In this entity is included a fragment of the legend "Blue Cross" taken from the latter edition of the two collections of poems called Helkavirsiä (1916; hard to translate). In this context the whole transforms into a magical chant, a miracle of word which is here performed by the Helsinki based rapper, producer (Teeth) and spoken word artist Matti P. The strong line of women writers goes through L. Onerva (1882–1972; real name: Hilja Onerva Lehtinen) "I rock the echo" from the collection Mixed Tunes (1904. Lau Nau, a Finnish underground musician and singer lends her voice to this fragile creation based on a song made entirely from an iPad app by AGF. Eeva-Liisa Manner (1921–1975) is the most important female modernist from the fifties. Her poem "Counterpoint" is just the first part of the poem, but it finishes with an allusion to another classical compositor: "Drops of Mozart, zart, zart". Eila Kivikk'aho (1921–2004) is most lyrical of these poetesses. In this CD she is represented with the poem "Generations" from the collection The Flock (1961). War water has filled trenches and a steel helmet left in the field. AGF has chosen the first part of Kivikk'aho's poem; can the young generation conquer the elder one, overrun by the war …perhaps by AGF's radical interpretation also dragged to the 21st century in the light of environmental rethinking. Eeva Kilpi (1928–) is one of the most productive and beloved of the Finnish female writers. Languages, Finnish and English, folding upon each other weave here a fabric of connection. "Thank you for touching me..." sings the well known Finnish "freak folk" singer Islaja. AGF sings and melts together Iris Uurto's text with her son's Aku-Kimmo Ripatti's (1931–1994) poem "The horseman" from the collection "I don't say anything else" (1986). The one who rides on a stone, reaches far away: to his/her own depth. "The snow scrunches only under an honest sho", utters the voice of boots in another poem of Ripatti. The newest one of the poems is Juha Rautio's "Listen" from his third collection of poems Sit down song (2011), pronounced by the poet himself. He is a reborn Väinämöinen. Rautio means blacksmith: the poet is also a wordsmith, who hammers sounds continuing the creating act of Sampo by Kalevala's smith Ilmarinen.