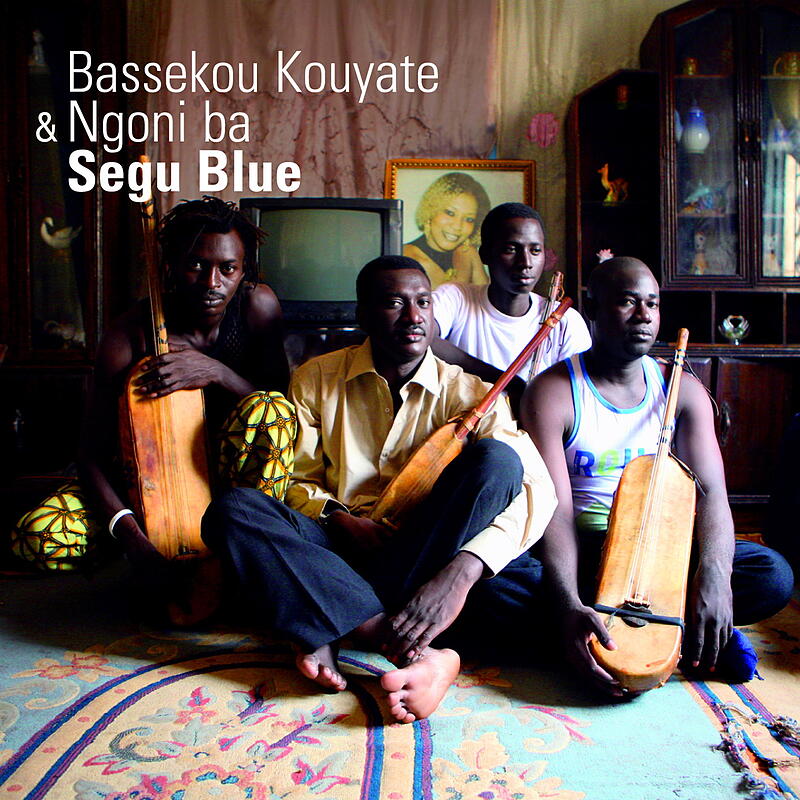 First there was african tribal music which evolved into slave songs which became the blues which gave birth to the funk. Bassekou and his band tell the whole of this journey in one chapter. The most delicious mix of the finest musical ingredients make a stew that warms the heart and shakes the hips. Trust me, it tastes good! Fatboy Slim (Mali 2006) "… a fantastic example of how music can lift your mind and soul at the same time … the perfect proof of how inspirational African music can be, how it can touch so many people on so many levels." Damon Albarn (after hearing Bassekou & Ngoni ba in Mali 2006) "The Album Segu Blue is a MUST for anyone seeking new musical adventures." Dee Dee Bridgewater ‘Segu Blue’ introduces the ngoni player Bassekou Kouyate. Taj Mahal describes him as “a genius, a living proof that the blues comes from the region of Segu”. Bassekou has collaborated with many musicians in and outside of Mali. He played in the Symmetric trio with Toumani Diabate on kora and famous Keletigui Diabate on balafon. He was part of the Kulanjan project recorded with Taj Mahal. He is one of the key musicians on Ali Farka Toure’s posthumous album ‘Savane’ which was released july 2006. Most recently, he toured with Ali Farka Toure leaving a lasting impression on the audience as the band’s solo ngoni player. Bassekou was born in a village called Garana about 60 kms from Segu, in the remote countryside on the banks of the Niger river. He was raised in a traditional musical environment, his mother a praise singer and his father and brothers exceptional ngoni players. He moved to Bamako when he was 19 years old where he met the young Toumani Diabate. By the late 1980s Bassekou was part of Toumani’s trio and they recorded their first albums together, Songhai and Djelika. Bassekou married the singer Ami Sacko (so-called ‘the Tina Turner of Mali”) and they are much solicited for the traditional Sunday wedding parties that happen in the streets of Bamako. Now he has put together his own band: Ngoni ba; the big ngoni: Mali’s first ngoni quartett. The ngoni is one of Africas secrets still to be discovered. It is the key instrument for Griot culture. Unlike the kora whose history goes back only a few hundered years, the ngoni has been the main instrument in griot storytelling way back into the days of Soundiata Keita (the grave of Sundiata’s grandmother (!) who died in the 13th century is near Garana). The repertoire Bassekou plays is from the region of Segu the heart of Bambara culture. Unlike mandenka griot music, Bambara music is pentatonic in nature, a music as close to the Blues as you can get in Africa. Segu Blue features: Kasse Mady Diabate, Lobi Traore, Lassana Diabate and singer Zoumana Tereta. By the way: there is no Kora and no djembe on the album. The album was produced by Lucy Durán, recorded at studio Bogolan in Bamako by Yves Wernert and mixed by Jerry Boys (the man responsible for recording and mixing Buena Vista social Club amongst others) in London. The photography is by Thomas Dorn. Executive producer: Jay Rutledge. www.myspace.com/bassekoukouyate