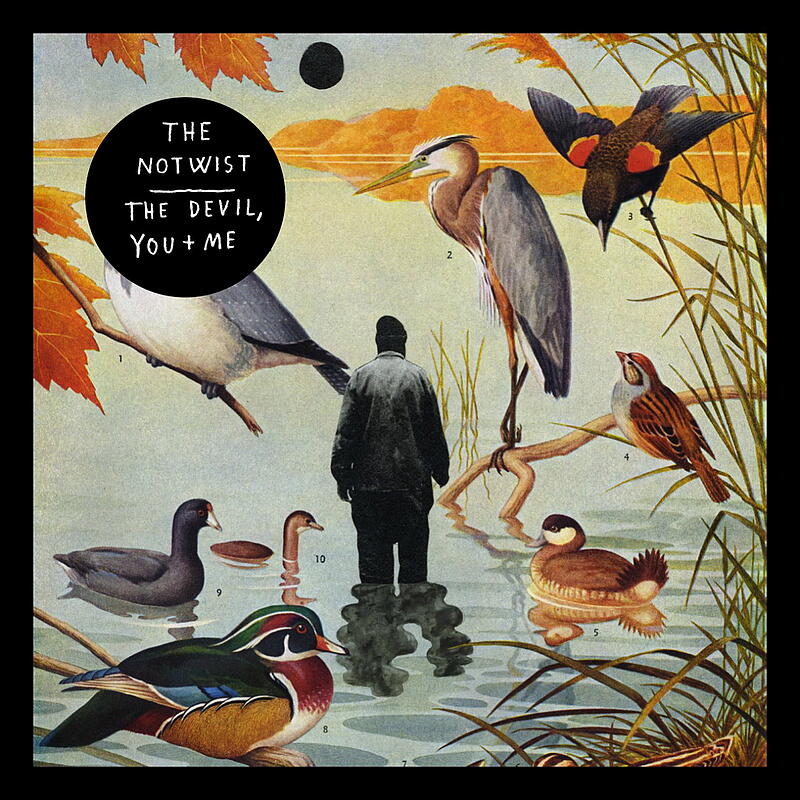 The popular history of the Notwist has been steeped in transformation-- gloomy grunge misanthropes reborn as laptop-pop romantics. But in the six years that have elapsed since the German band's 2002 Stateside breakthrough Neon Golden, the Notwist haven't changed so much as the definition of what it means to be an indie/electronic crossover act.

For the Notwist, the gradual adoption of IDM idioms was less a paradigm shift than a complementary outcome, with the clicks and cuts that permeated Neon Golden and its 1998 predecessor Shrink providing a more modern variation of the tape hiss and crackle that formed the intimate ambience to the classic 80s indie-rock records on which brothers Markus and Micha Acher were raised. But since Neon Golden's release, the indie/electronic divide that the Notwist so carefully toed has been obliterated in a flash of strobe lights, with acts like Cut Copy and Hot Chip pushing shy-guy indie-poptronica out of the bedroom and onto discotheque floors; compared to the outsized, big-room ballast of "Lights and Music" and "Over and Over", the Notwist's brand of mechanized melancholy now seems understated.

Of course, the obvious move would be for resident programmer Martin Gretschmann to beef up the beats and set the synths on squelch. But for all of their rhythmic manipulations and percussive precision, the Notwist have always strived to move the heart over the hips. And if anything, their knee-jerk response to indie's current clubland crossover is to head back to the garage: The Devil, You + Me's stellar opening salvo, "Good Lies", begins with a bright, jangly guitar riff and a pounding floor-tom beat that mainline Sonic Youth's Daydream Nation, while frontman Markus Acher introduces the anthemic, gently fist-pumped chorus. But the song's euphoric rush-- emphasized by its breakdown/rebuild structure-- is decidedly at odds with the betrayals described within. Acher provides a candid glimpse into a troubled marriage by describing it in terms of the material goods used to prop it up-- "I remember good lies/ When we carried them home with us/ To our bedside tables and the coffee sets"-- thereby keenly drawing parallels between dysfunctional relationships and the IKEA-furnished apartments that house them: the cool surface appearances barely concealing the soul-deadening sterility. The equally affecting "Gloomy Planets" works a similar contrast between expression and repression-- overtop spirited folk-song strums, Acher asks "why is everything so locked up?" before the song's ascending, accelerated climax lets it all out in a cathartic gush of tremoled synth tones and motorik motion.

Appearing in the first and third positions respectively, "Good Lies" and "Gloomy Planets" make an early case for The Devil, You + Me as the Notwist's return-to-rock gesture, and the fact that the title track-- a glockenspiel-glistened acoustic lullaby-- is based upon a chorus melody very similar to that of Neon Golden's "Pick Up the Phone" might suggest the Notwist are settling into a comfort of zone of sorts. Though they comprise The Devil, You + Me's most immediate moments, these songs aren't the most representative ones on an album that proves to be every bit as intricate in construction and disorienting in effect as its celebrated predecessors. Melody is an absolute, but everything else is fair play: on the unnerving "Alphabet", a tense one-chord acoustic strum clears the way for a procession of horror-movie drones, power-drill guitar squall, laser-beam synths clattering drum breaks and incessant sleigh bells-- recalling the soundtracky beat-scapes the Notwist fashioned in 2006's 13 & God collaboration with hip-hoppers Themselves-- all while Acher drops one-liners like "I won't sing you algebra" with an eerie sense of calm. Later, on side two, the bedside ballad "Sleep" projects a break-of-dawn optimism that's mischievously undercut by piercing glitches and booming dub breaks, the latter of which also form the backbone for the shadowy slow-motion creep of "On Planet Off". But even as the mise en scène around him mutates in unexpected, sometimes sinister ways, Acher's voice is unwaveringly poised, an eminently curious instrument that manages to project both disaffection and great concern in the same breath.

In contrast to its briskly paced first act, The Devil, You + Me doesn't so much build to a finale as gradually wind itself down, lending the album a sense of anti-climax; in retrospect, it would have been a smart idea to reassign "Gloomy Planets" to the home stretch so as to break up the second side's mid-tempo momentum. But even after a six-year siesta, the Notwist's approach to pop music-- exploiting both its formal properties and endless possibilities-- is no less captivating and visionary than before. And when Acher declares himself "Gone, Gone, Gone" on the album's sweet, uncannily Nico-esque closing ballad, you're left hoping you won't have to wait another half decade for a reintroduction. - Pitchfork 2008