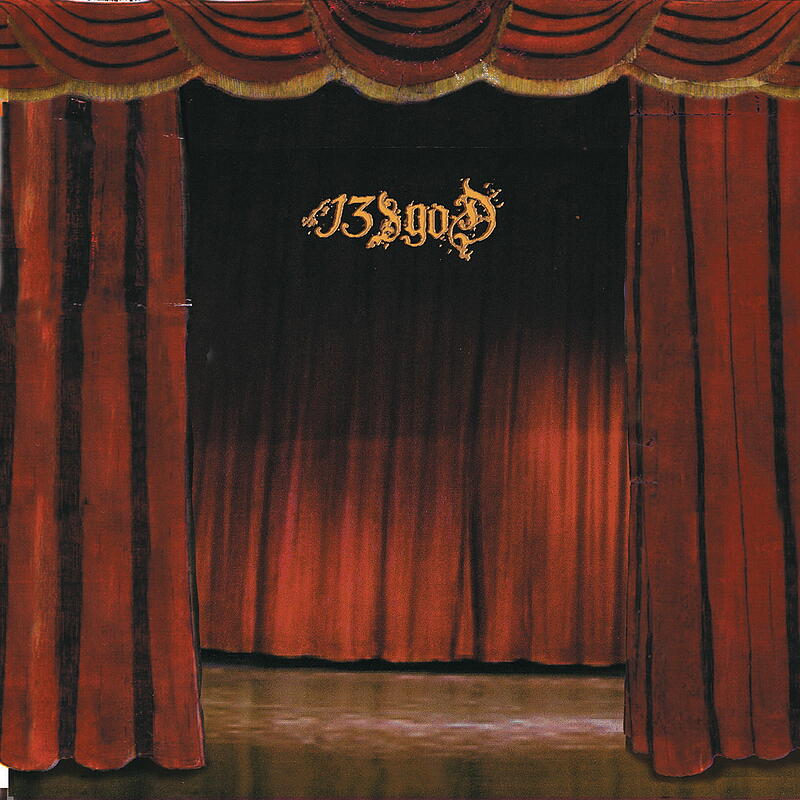 13 + God, the band, are six music-fed bodies coming together for a first crack at making something from nothing. At the helm of their self-titled debut LP are two schools of thought: the balloon-and-burst child psychology of Adam “doseone” Drucker, Jeffery “jel” Logan, and Dax Pierson (collectively themselves), and the pinhole-in-paper astronomy of the Acher brothers Markus and Micha, and Martin “Console” Gretschmann (the core of the Notwist). All connections formal and former cast aside, this half-dozen form a transcontinental supergroup of very human proportions: American angst and honest ability, German composition and countryside chill, and the simple recurring universal urge to locate oneself within the folds of time and place. 13 + God, the album, is a group solution to settling the inner self and its oddly-cut angles, an exercise in human puzzle-piecing seen through the eyes of history’s hindsight. Adam and Markus trade words that first evoke the blind earnestness of youth, then chronicle its gradual leaching out by the loss of luck and the sink of realization—all shooting stars, superman stride, climbing bills and death-by-routine. In the bittersweet opening song, “Low Heaven,” the two voices echo one another over a fading clarinet, a slow-skittering beat, and gritty distorted piano: “They’re threatening their lucky stars to shoot.” By “Soft Atlas”—a track that pulses with punched-out drums only to be leveled by subtle guitar pluck and vocal harmony—Adam is questioning whether or not the earth has fallen completely free of its axis, left to roll unattended into some dark corner of nothing. And just before the record ends, on the icy, seven-minute, cello-driven masterwork “Superman on Ice,” we’re given the most poignant image yet: “There are footprints embraced far out on the frozen lake face/Depressed and kept from quite some cold ago/And they look brave, dangerous, manmade/The sort of mark one can make on the world.” This is a monumental record—the next step in the evolution of something bigger than anything we’re used to. The Notwist players bring their ear for gorgeous rock-pop arrangement and taste for dubby glitch, while themselves grin toothy darkness and breathe electro-rap experimentalism. Their greatest strength is that in combining such seemingly disparate sounds, 13 + God create something truly cohesive, wholly unique, and deeply visceral. “Ghostwork” sends shivers creeping along shoulder blades even while tapping into near-danceable groove; “Men of Station” bleeds warmth and love over riding melancholia; “Tin Strong” deconstructs itself from shadowy hip-hop-fueled dub into a spooky Kid A-worthy bass/keys/guitar jam. In the still-breathing spirit of artistic community, Notwist drummer Martin Messerschmid and guitarist Max Punktezahl each lend their skills to the production, Steffi Böhm of Ms. John Soda and Valerie Trebeljahr of Lali Puna sing on several tracks, and anticon’s Why? and pedestrian also make cameos (among others). 13 + God is just what one would expect from two once-separate entities with such immensely progressive past and insatiable, competing hunger for collaboration. Which is to say, if you’ve come to expect the unexpected, then you won’t be surprised.