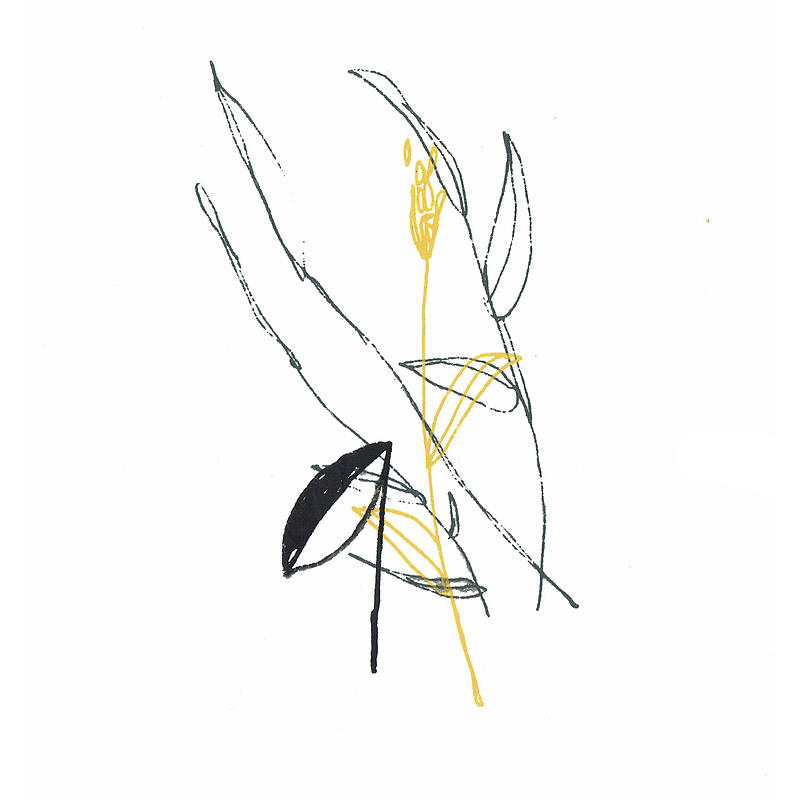 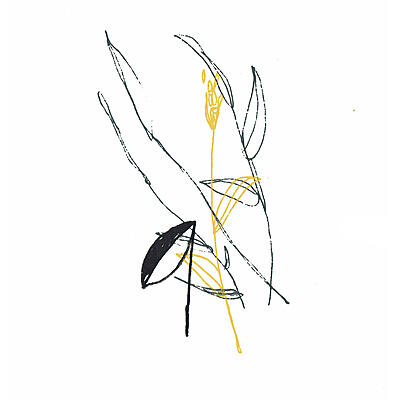 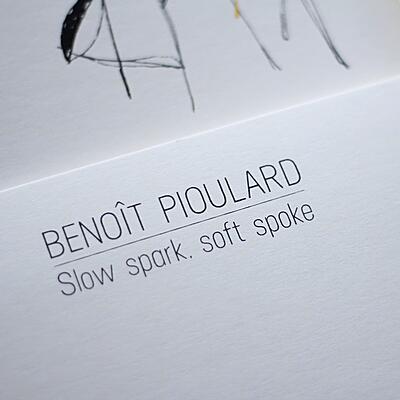 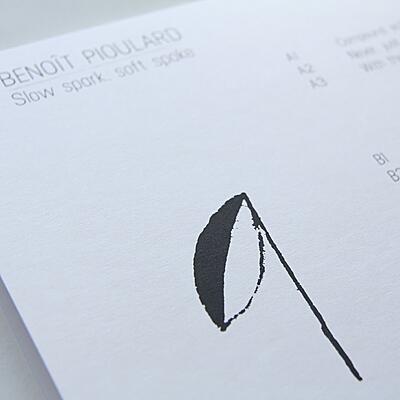 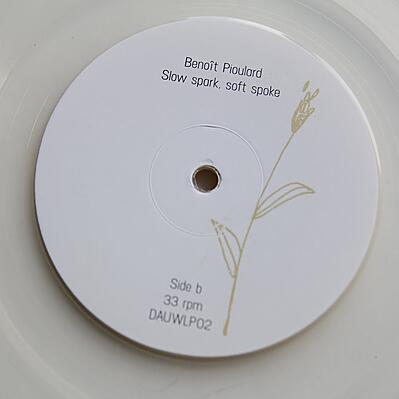 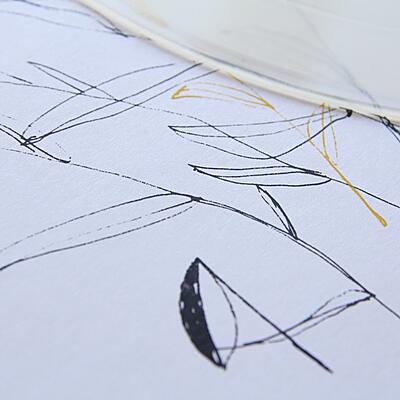 Shortly after releasing his highly acclaimed ‘The Benoît Pioulard Listening Matter’(Kranky), Pioulard left on tour to Europe in order to promote the album. This tour took him to several distinctive places ranging from urban Brussels to rural France and the mystic capital city of Iceland, Reykjavik.

Once returned to Seattle, these new impressions and memories formed the inspiration to make ‘Slow spark, soft spoke’. Not surprisingly, the album continues in the same vein as his tour cd ‘Lignin Poise’ - which was repressed on vinyl by Beacon Sound - and is characterized by slowly moving lo-fi ambient textures. The album reveals Pioulards most melancholic side and once again shows his capabilities to bring beautiful sonic narratives with only a few instrumental layers.

‘Slow spark, soft spoke’ was initially released on tape on Dauw but sold out quickly during pre-order. After having received only sublime reviews and tons of request to re-issue the album, we now decided to give it a well deserved vinyl repress.

For this vinyl edition, Pioulard decided to add 2 new tracks in addition to the 4 initial ones. All together, the initial EP and the 2 new tracks (Athanasy, 1993 + With this, I disappear) form a consistent full length which adds to his impressive and ever growing catalogue.

“'Never, just as you wanted' is a timeless odyssey of complete transcendence with gradual bliss of guitar tones – and meticulously crafted sounds – that somehow map the ocean swell of human emotions – of the innermost kind – embedded deep within us all." (Fractured Air)