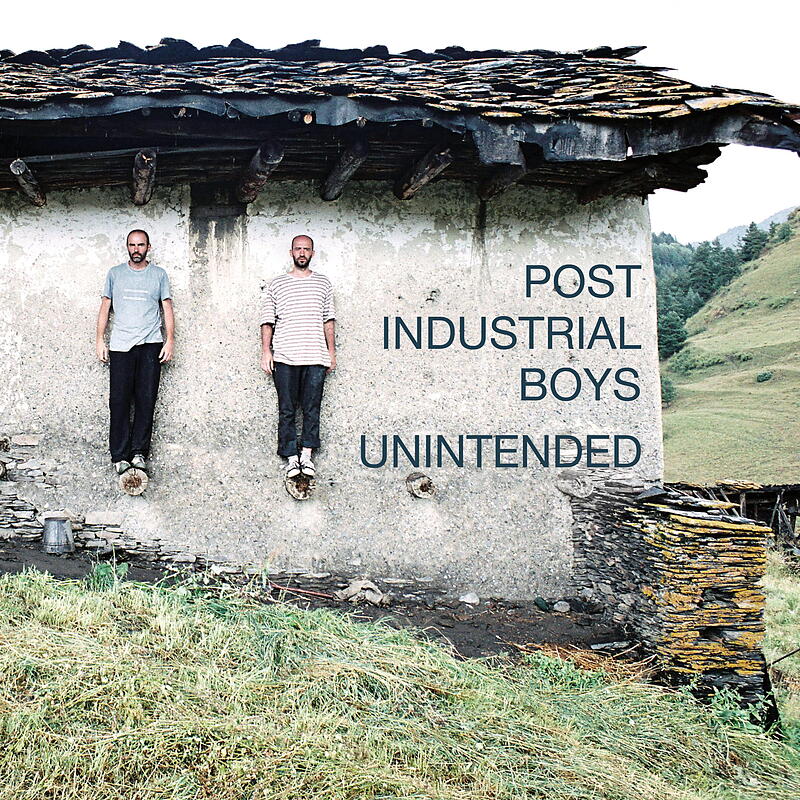 Despite the project name Post Industrial Boys is basically one man, George Dzodzuashvili aka Gogi. He's a musician from Tbilisi and is part of the Goslab artist collective together with TBA /Natalie Beridze and many more. So far Post Industrial Boys previously released two albums on Thomas Brinkmann's Max Ernst label. But with Unintended, Post Industrial Boys return with their first album in 10 years. And, we are delighted to say, for the first time on Karaoke Kalk. Unintended is an intimate and reflective collection of songs produced in a unique style – part pop, part electronica.

The album starts with the song "Strange" and there is without question a strangeness to the Post Industrial Boys sound throughout the album. But it's a strangeness that soon becomes as familiar as an old friend with repeated listens. A title like "It's me" makes it clear that the album is a very personal statement by Gogi. In his own words: "although there is a big time difference between some of them, for me they are one whole, all reflecting important changes in my life." Indeed, most of the songs on the album were inspired by lyrics written by Gogi's wife, which reflect on the period of time in their lives when all these songs were written - from 2007 to 2013. So one could say the album is kind of a family diary.

The only song with Georgian lyrics is "Naked". The words are by the 19th century Georgian poet Vaja-Pshavela. This song is a collaboration with the actress and singer Mzia Arabuli, who comes from the mountain region and sings in the style of Georgian folk songs. In short, the lyrics say that we are born naked, don't really posses anything in life and die naked.

"Passenger" is a tale of transit and travel. It's intense use of repetitive melodies and vocoders conjure images of the monotony of everyday commuting. Other songs like "Through", "Sometimes" and "Raindrops" make clever use of an ambient backdrop that creates a trance like mood while abstract melodies, beats and lyrics subtly criss-cross the audio field. While "Directions" is structured in the manner of a fairy tales: kind of like a choose your own adventure story in song format. Sinister melodies envelope the song creating a mysterious atmosphere.

The album closes with its title track, a sweet little ballad comprising gently strummed acoustic guitar and lilting piano melodies. The lyrics are as open and heartfelt as throughout the rest of the album."I was in love but I never noticed it" calls the refrain – a touching sentiment on which to close a truly remarkable record.

Unintended is a perfect album for anyone into emotionally charged, inspiring left-field electronic pop. The 10 songs contained and the production used within them achieve the impressive feet of fusing the accessibility of pop melodies, lyrics and structures with an obscure and challenging sound design. Besides their precisely crafted production the songs on Unintended are characterized by the quaintly monotone delivery of George Dzodzuashvili's vocal performance – all the more expressive for the fact that many words are half spoken rather than sung. The lyrics are pensive with a marvelous daydreamy quality while at the same time still being rooted in everyday experience. It doesn't take long for the Post Industrial Boys sound to seep into your soul, and when it does you will cherish the songs on Unintended forever.