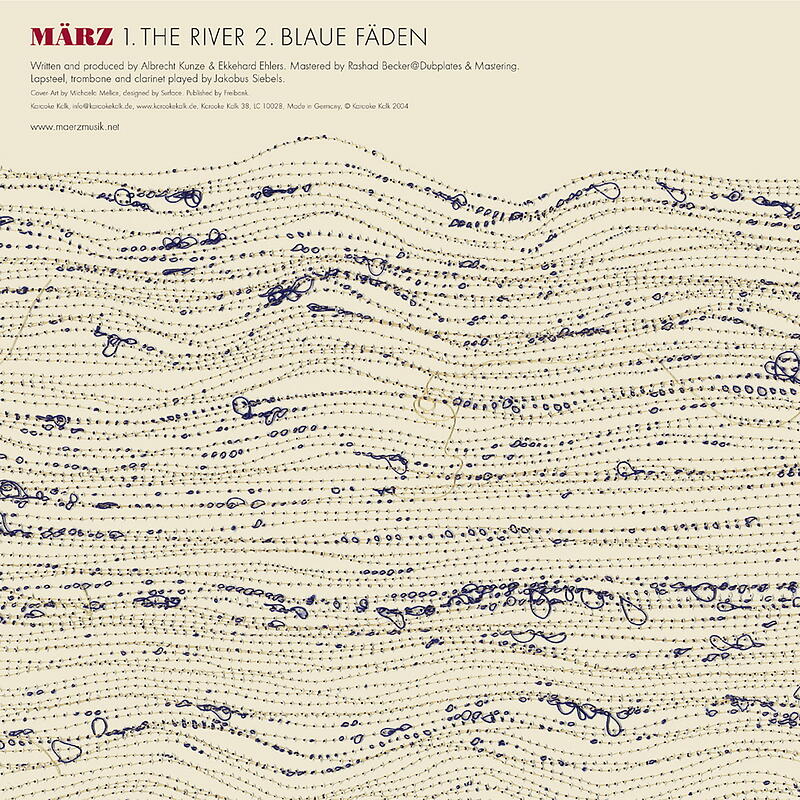 Although it's been two whole years since their first album "Love Streams" was released, the songs of März are fresh in our minds as ever. While time flies, music is the constant factor in our lives, one might think. And this is exactly the kind of music März make - music that stays in your ear. Not that it's so catchy you can't get rid of it, but rather that you recognise it by its subtleties, and listeners to the new 10" by März, "The River", won't have to dig out the album first to know exactly how for instance "The Help Song" sounded. "The River" offers two new tracks by März that give us a little foretaste of their new album, "Wir sind hier", due to be released on 25th October. The title track as well as the B side with "Blaue Fäden" are with their instrumentations and arrangements slightly reminiscent of tracks like Durutti Column's "Summer". But this comparison doesn't quite work, because the use of strings and melodies or personal moods and remembrances the music awakens are not enough to relate this kind of reference to an outside world usually very different from one's own and to the present. And März are present.