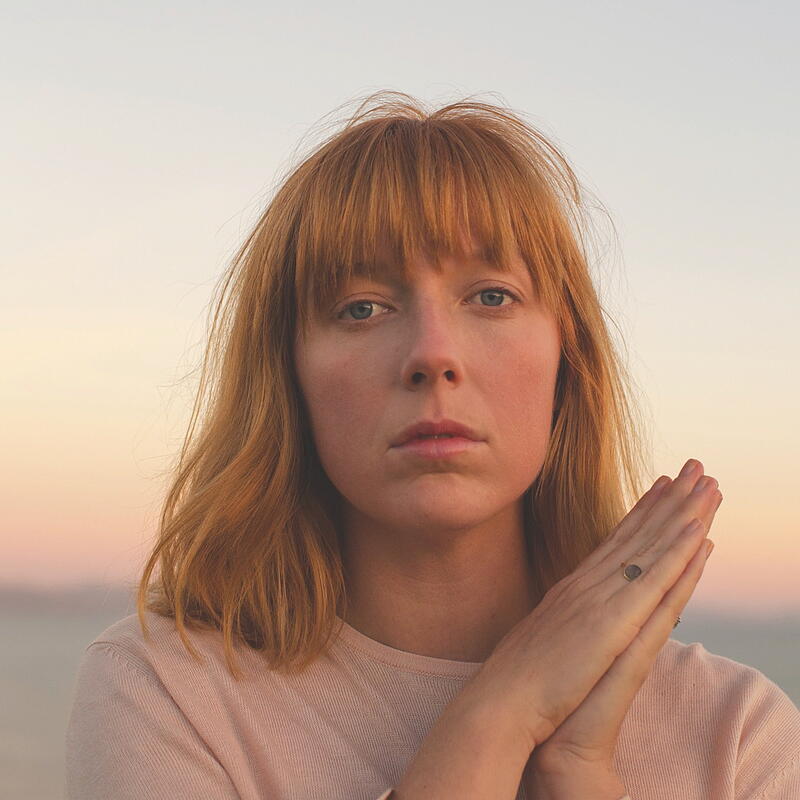 “It seems great opportunities come in blessings as well as tragedies” Kacey Johansing sings on the title track of her third album, “The Hiding”. After the breakup of her band Yesway, and an abrupt falling out with her closest musical collaborator, Johansing set out to record a new batch of songs that resulted from the sea change in which she had now found herself. Instead of drawing from her regular band, Johansing pulled from a wider cast of players that she’d come to know in the community of musicians throughout California and the West Coast. The resulting sound is one based wholly and unabashedly in pop. Nods to Christine McVie and Fleetwood Mac can be heard, but Johansing brings these sounds to a modern stage, blending her ethereal vocals with effervescent synthesiser washes and reverberating open-tuned guitar.

Recorded at Panoramic House in Stinson Beach, where Kacey worked as caretaker, as well as at home in Bolinas, on a ridge above the cloud layer in Big Sur, and at a friend’s studio in Portland, the album also serves as a document of Kacey’s time spent traveling in search of the sound she was after. After finishing initial tracking, and still reeling from the heartbreak of losing her musical community, Johansing found a necessary move was in order. Landing somewhat-blindly in Los Angeles, she continued to work on the album and hold it close. The end result is “The Hiding”, a tone poem about loss, growth and “leaving the insular beauty of a tight-knit community,” as Johansing describes it. The release of “The Hiding” comes at a time when Johansing is deeply longing to emerge from her extended absence and reconnect with her desire to create and share her music.

Kacey Johansing was born in Kalamazoo, Michigan and raised in the mountain towns of Colorado. After leaving Berklee College of Music in Boston, Johansing relocated to the San Francisco Bay Area, where she spent a decade creating a community of musicians, artists and filmmakers, co-founded the duo Yesway, and released two solo albums. She has toured internationally and shared the stage with such acts as Kings of Convenience, Angel Olsen, Chris Cohen and Little Wings, and has collaborated with members of My Morning Jacket, Real Estate, Fruit Bats and The Range of Light Wilderness. Johansing lives and works in Los Angeles.

“The Hiding” is set for release on Night Bloom Records, a label Johansing founded with Real Estate’s Alex Bleeker and longtime-friend and songwriter Jeff Manson.