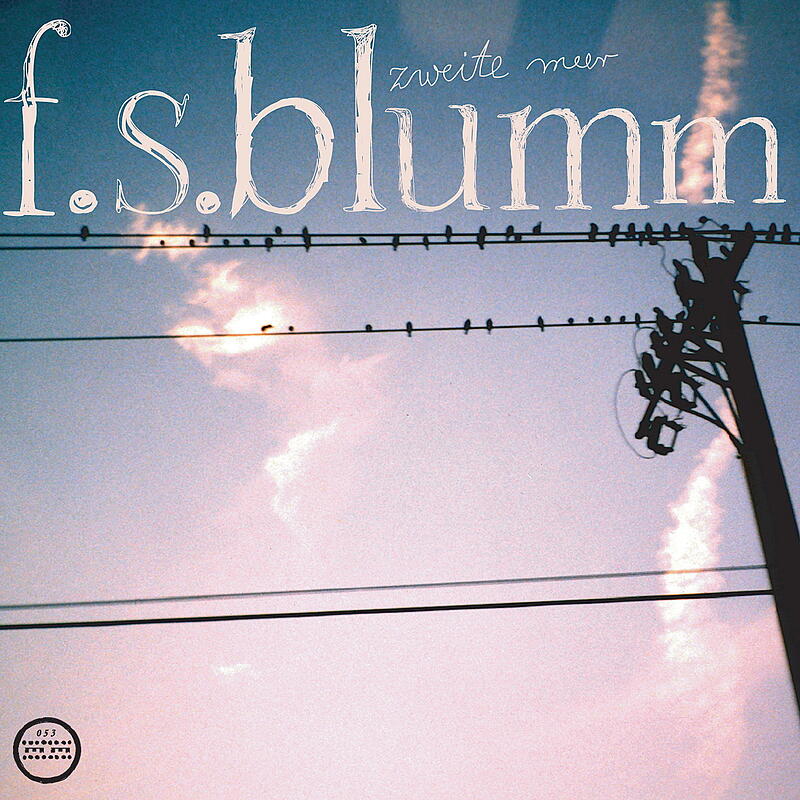 Having released on Tomlab, Audiodregs, Staubgold and others F.S. Blumm now returns to Morr Music for his second album following the debut "Mondkuchen" (Morr Music 021, 2001). The album's title itself continues to write Blumm's wordless (his-)stories about arrival and departure, about movement and stopping, about searching and finding: First "Ankern" (to anchor), then "Lichten" (to lighten, to pull the anchor) and now: "Zweite Meer". A new place. Ideas for "Zweite Meer" started to flow in F.S. Blumm's head while being on the road. Traveling down the west coast from Canada to Mexico with Greg Davis and e* rock, it could not have been any other way. Behind the car window landscapes kept morphing during the length of one day. Breathing in in the morning, diving through the desert, arriving in Las Vegas at night. Outside and inbetween: the horizon, the sky, expanse and distance. The origins of huge gestures and great popmusic. Inside F.S. Blumm's head: Burt Bacharach, Tom Jones and - not far away - Brian Wilson. "Zweite Meer", as Blumm puts it, is the fragmentation of all this. At the beginning of the working process, he quickly gains momentum: Fast decisions, spontaneous realisations, courageous steps towards a goal. What has to be said becomes obvious. Then a phase of contemplation, of slowing down, of wariness, delicacy and of being careful. Aiming at clarity, thus: How shall I say it (to her)? On "Mondkuchen", F.S. Blumm found answers to his questions in sound(-scapes) and textures, on "Ankern" it was rhythm and vertical lines, whereas "Lichten" fused both, resulting in an approach towards chamber pop. With "Zweite Meer" F.S. Blumm now draws near to what appears most fragile to him: harmony and melodie. Analogous to his perception on the road, stretched over long periods in time, F.S. Blumm's melodies grow on foundations of preceding ones, they reach out their hands and carry each other. Transitions are seamless. "Zweite Meer" is a reflection in the "music for big stages". Here, F.S. Blumm rediscovers himself on his guitar's neck. He finds this music in tiny images of his left hand striking chords. With this record, Blumm takes up a coherent row of releases. Having finished "Sesamsamen" (almost a "symphony for friends"), he initially wanted to realise "Zweite Meer" on his own, but fortunately he never sticks too grimly to his own concepts. Thus, the listeners are able to enjoy the sweet voices of old friends on horn, clarinet and saxophone, crowned by Blumm's favourite human singing voice: David Grubbs. "Zweite Meer" is F.S. Blumm's image reflecting in the opposite's sparkling eyes. In other words (taken from a bumpersticker on a truck): If you can't see my mirrors, I can't see you!"'