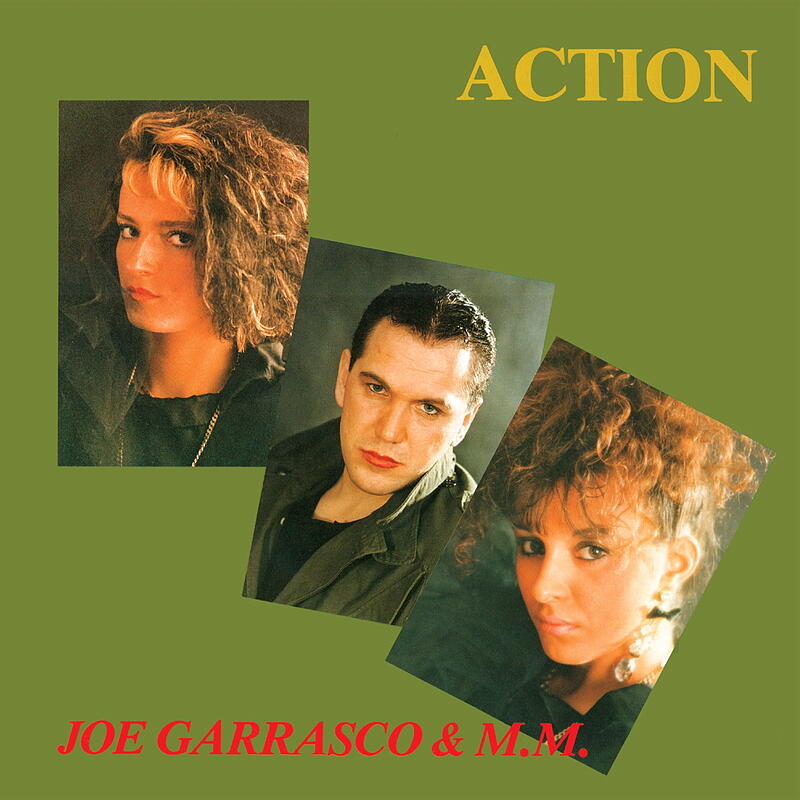 Dark Entries present a 4-track EP of songs by the Italo Disco duo of Domenico Ricchini and Joe Garrasco. Domenico formed his first rock band in 1974, and four years later his first Disco band. During the early 80's he produced records under various names like Delanua, Bob Salton and Sylvi Foster. In 1983 he took the alias Joe Yellow and started recording with the producers Roberto Turatti and Miki Chieregato to release one of the biggest Italo Disco singles "Lover To Lover". In 1985 he teamed up with Joe Garrasco, a DJ at Free Club a Super Dancing Discotheque in Braone, Italy. Their first composition together was another hit single for Joe Yellow, “I’m Your Lover” released in 1986.

In Spring 1986 the duo began working on a new song for a yet unnamed side project. They spent a few days at 33 Studio in Milan and recorded “Love Sex For Sale” with Jimmy Mc Foy on vocals. This project was titled Garrasco’s and the single was released in 1986 on Fuori Di Testi. Unsatisfied with the mix, they booked a fresh session at Regson Studio in Milan to re-record the song. The result was re-naming the projecting Joe Garrasco & M.M. (for the band Marita - Marillena) and the song as “Action” released on Out Records in 1986. All four mixes display dark, driving melodies with surging synthesizers that build to a climax for the chorus. Jimmy sings back and forth between English and French about a finding love after a night of dancing under the moon. Both instrumental mixes display more adventurous electronic arrangements than their vocal counterparts. The Other Mix of “Love Sex For Sale” employs a vocoder spoken introduction that sounds like Vincent Price narrating a horror movie and showcases a female freestyle rap by backup singers Lidia Salvetti and Cristina Scara.

All songs have been remastered for vinyl by George Horn at Fantasy Studios in Berkeley. Each record comes in a full color sleeve featuring the original cover art from both singles on the front and back plus a postcard with a photo and notes.